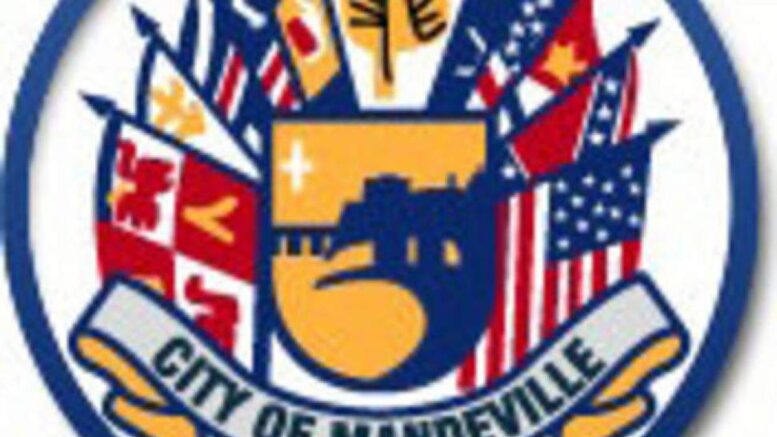 We need to talk. But not about COVID or masks or social distancing or football or school or teenagers recklessly driving golf carts in Beau Chene or the presidential election (which I suspect would not be much of a conversation here anyway). We need to talk about our city’s “official crest” since 1986. This is the crest that is featured on everything from city vehicles to my monthly water bill to the emblem on Mandeville police cars. Can you see the problem?

No? I’ll give you a hint. One of these flags is not like the others. As in, it never actually flew over Mandeville and it never should. Look just above the U.S. flag on the right and you will find the culprit. Mandeville, we have a Confederate flag in our emblem.

To some, this might seem a trivial point. To others, it may even be a somewhat secret source of pride. It is subtle, I’ll grant it that. But, that does not mean that it is not an anachronism that is thoroughly racist and does not belong in our community.

First, as a point of history, the flag featured in our emblem is not the actual Confederate flag that would have flown over Louisiana during the very short-lived Confederacy. That would have been the Stars and Bars (March 4, 1861-1863), the Stainless Banner (1863-1865), and the Blood-Stained Banner (March 4, 1865 to April 9, 1865 when Lee surrendered to Grant at Appomattox). The Florida Parishes held out to the bitter end, unlike New Orleans and Baton Rouge, which were both captured by the Union in 1862, so it is likely that at least one of these flags flew in the area.

No, the flag featured in our city’s crest is the Battle Flag that was originally flown by Confederates at veterans’ events but was eventually co-opted in the 1940s by soldiers in World War II. Ultimately, it was chosen in 1948 as the symbol of the Dixiecrat party in resistance of the federal government and by extension, integration. It’s had a divisive history ever since including appearing in the Georgia state flag from 1956 to 2001 and graced the South Carolina state house from 1961 to 2015.

There was some talk in 2015 in Mandeville about changing the flag. Of course, nothing came of it. But times are changing. In 2019, the State of Louisiana erected a Historic Marker recognizing the Enslaved Families of Fontainebleau, Bernard de Marigny de Mandeville’s sugar plantation where Fontainebleau State Park is now, thanks to Jackson Cantrell, a local Eagle Scout.

And, now, in 2020 amidst so much upheaval of virtually every aspect of life, Mississippi –the last hold out state to have the Confederate flag in its flag –is letting it go. So why are we doggedly holding onto ours? Why did only one of three mayoral candidates I reached out to actually respond when asked about this issue? Yes, drainage and development are huge, but symbolism and making Mandeville a truly welcoming place for everyone is also huge.

We owe it to the people of color who call Mandeville home to get rid of this racist symbol that is being endorsed by the government they pay taxes to. We owe it to our kids to show them that we can tackle our history head on and have a meaningful discussion. Seriously y’all, if Mississippi can do it, why can’t we?

1 Comment on "Mandeville, We Have a Flag Problem {One Mom’s Opinion}"