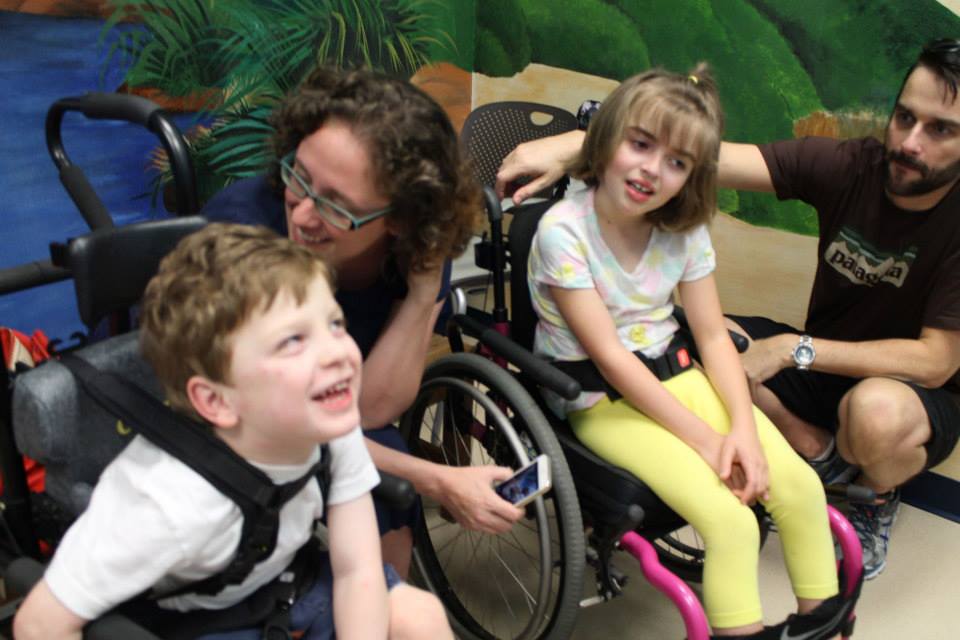 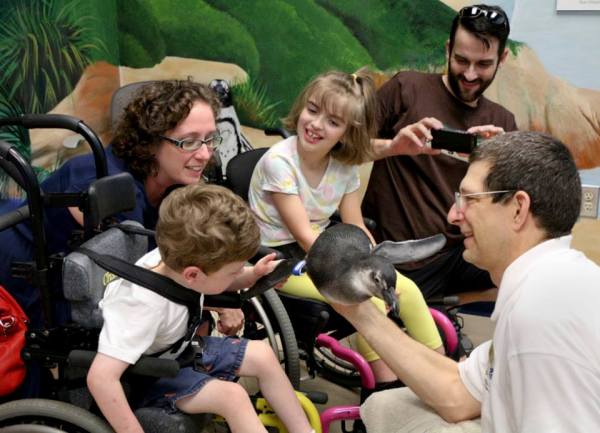 I don’t often feel blue about having a child with special needs. My oldest has cerebral palsy, but after initially being told he wouldn’t survive his birth, we have always felt blessed just to have him in our lives. So I don’t want this to sound like a complaint. It isn’t, but one thing that you might not realize about special needs families is that even if financially they are doing just fine, they don’t tend to spend a lot of money on fun things. Extra money goes to things like therapy or tools and equipment. These are choices that we make, obviously, but it means that my child is much more likely to take an extra therapy session than to enroll in an after school activity or summer camp.

Which is why Easter Seals of Louisiana’s latest program for the disabled is so amazing. They take a great local program, Backstage with the Penguins, and they open it up to kids with developmental disabilities for free.

Charlie and I were invited to attend the very first session to see how it all works and it was a wonderful morning for us. For each session, Easter Seals takes five children with disabilities and a guest on the Backstage experience at the Aquarium of the Americas.

We started off in a small room with Darwin, a senior aviculturist at the Aquarium, and two penguins: Bunny and Sassy. We learned about where they lived naturally, what type of penguin they were, and other fun facts. Many of the kids were hesitant, but we eventually got everyone to pet a penguin. Even my son who was VERY unsure was eventually stroking a guy named Bunny and even tried to put a wing in his mouth (sorry kid, no can do!).

We took pictures and then Darwin led us and the penguins back to their habitat in the Aquarium. When we got to the habitat, one of the attendees was fascinated, and Darwin quickly ushered him up and into the exhibit! Years of working with animals has made Darwin so attentive that he has no problem relating to kids with disabilities. He has a true gift with both.

As for my son, I usually joke that the only thing he’s interested in is Beyonce and Lady Gaga. During our penguin meet and greet, however, he was in a fanstastic mood–laughing, smiling, clapping, and engaging much more than I’m used to. It’s safe to say he knew it was a one-of-kind experience. I’m grateful to Easter Seals and the Aquarium for letting my boy have the opportunity to do this.

If you are feeling painfully jealous right now, know that going backstage with the penguins is a premium experience offered to visitors and tickets for that can be purchased here.

If you have a child with disabilities and you’d like to get them signed up to go backstage with Easter Seals, here’s where you can get more information. 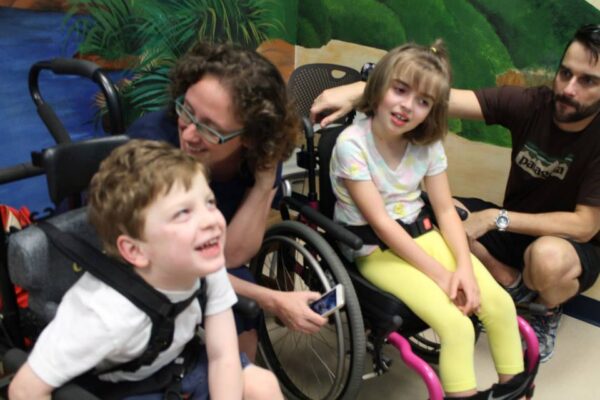