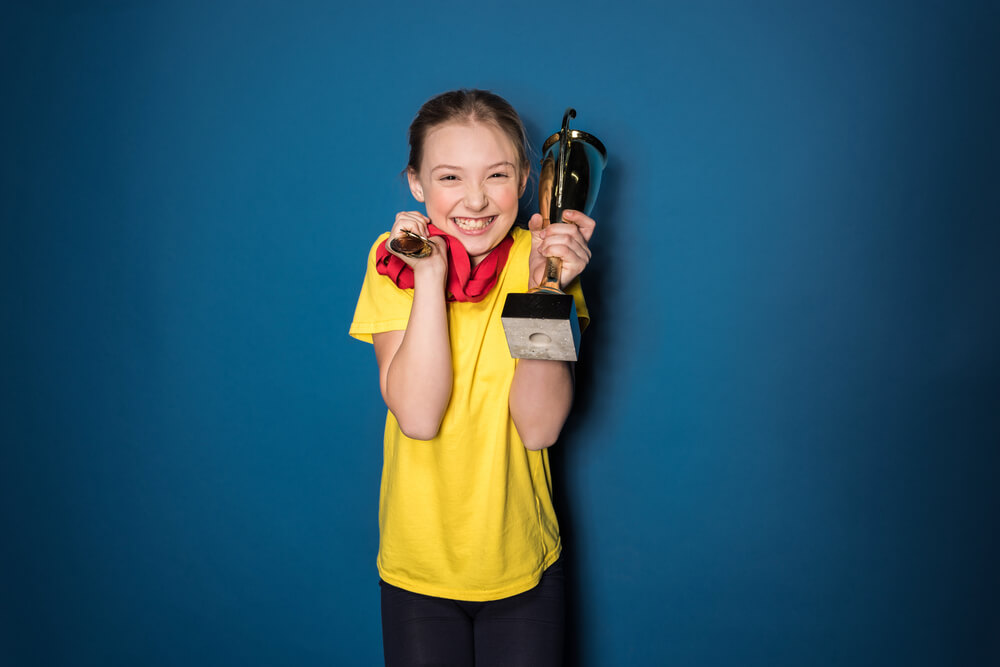 My 9 year old has just finished his fourth and last year at his elementary school. In that time, he has learned how to read and write and somewhat spell. He has made friends, lost friends, gotten in trouble, been recognized as a leader, done very well on tests, done very poorly on tests, loved science, and did not love ELA (which breaks my writer’s heart). What he didn’t do during this entire time was ever be named Student of the Month. And as much as I hate to admit it, this bothers me. A lot.

Every month, another neighbor’s yard would suddenly sprout the Sign when mine did not making me wonder what the hell was wrong with my kid that he never got picked. Or, wonder what made that particular child so special that they were picked.

From my very unscientific observations over the years, it seemed the kids who were named Student of the Month fell into one of two categories: outstanding performers, or the redemptive arcs. The outstanding performers are that top echelon of kid who just knock it out of the park every day. The redemptive arcs are the kids who struggled with some form of school – learning, behavior, etc – and fight the good fight to overcome that struggle, turning out for the better. Both should be celebrated for their accomplishments.

My kid is neither of these. He is not the brightest nor the lowest achieving kid in his class. He is not the teacher’s pet nor is he the bad seed. He makes poor decisions and he makes really smart decisions. He is like most boys – interested in science, things blowing up, how things work, taking things apart, more things blowing up, and a few good bridge collapses for good measure. He is a spectacularly normal, kind, and smart 9-year old who at least at school performs on the average side of the house. And this, I think, is why he was never singled out for praise or for discipline. He is constantly flying under the radar, neither performing so spectacularly or so terribly to be noticed.

In some ways, I am proud of him for this. He is not overly invested in the accolades and so he does not get anxious about school the way that I did at that age. Still, when I asked him how he felt about never getting Student of the Month, he was sad. He tried to play it off as not caring, but he pretty soon admitted that it bothered him. He wondered what he didn’t do right. I told him maybe it wasn’t so much what he didn’t do right but that what others did better. One of my friends cynically questioned whether we had volunteered enough or given enough money to the school. If that is the going rate these days, then we had not.

But, what about this other category of average kids? Do they deserve recognition? If so, what does it look like? Should Student of the Month die a quiet death so that no child feels like they are being left behind? Or, should every kid get the dreaded participation trophy? The award for converting oxygen to carbon?

I think it’s useful to remember that adults looking at this problem will see it differently than kids do. In the adult world, there are so many ways to measure success, from personal satisfaction to monetary rewards to yes, actual awards. Kids, however, either through their own limited sense of reward or immaturity look for the shiny trinkets and adult praise first and foremost. They need that external validation to make sure that they really did a good job.

Since adults are the ones giving that external validation, we should really be looking more at what form that external validation takes and the measurements used to award that validation. Personally, I think that participation trophies have jumped the shark. They sure as hell are cluttering up my house. It seems like we need to have those special, truly earned awards so that when a child does receive one, they appreciate that much more that their hard work, etc. is being rewarded. Maybe Student of the Month does this, but it seems the manner in which it was implemented, at least at my kid’s school, rewarded the squeaky wheels of the school.