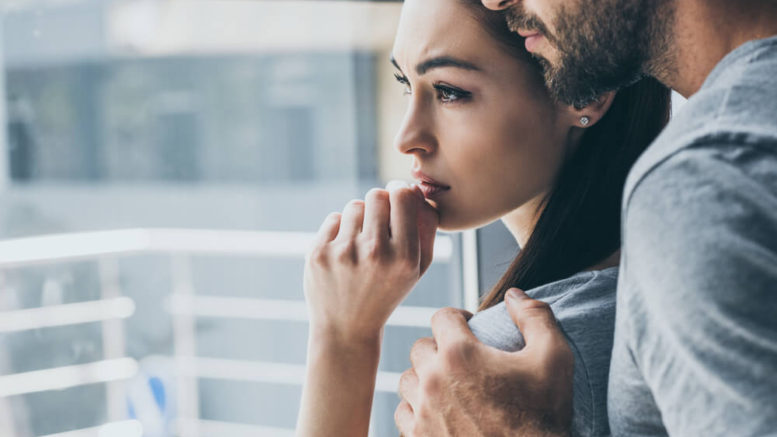 I came back from vacation in 2008 fully expecting to still be pregnant. It had taken us close to three years, two spent with increasingly elaborate interventions involving a lot of acronyms, to even get to that point and I was finally feeling like the tide was in our favor. I had a long-standing appointment with my fertility doctor after we got back which was supposed to be a formality more than anything. It was just going to be one last check before he released me to an obstetrician since we had already cleared the six week hurdle of hearing a heartbeat. But about 15 minutes into my appointment it was clear that our baby was gone.

My husband was at work. It was supposed to be a routine appointment, so there was no reason for him to be there. I remember calling him and giving him the terrible news. And I remember just being stunned. Stunned that it could have ended and grasping at straws to figure out what happened because Dr. Google informed me that my chances of miscarrying after hearing a heartbeat were 4 percent. How did we end up on the losing side of this bet?

In hindsight, I did not handle it as well as I would have liked. But then, how do you handle a miscarriage in the first place? I overshared my tragedy and disappointment. I wanted everyone around me–strangers and friends–to know what had happened, that I had had this terrible misfortune as if that would somehow make it more real or more bearable. I dropped it into conversation with neighbors and a lovely girl at Nordstrom who I had no business ruining her day with my news. I had never had to grieve something before and so I made my grieving up as I went along and it was messy and unelegant. I continued working the entire time, which was actually helpful as it focused my mind away from the ruminating and obsessing over what could have happened or could have been prevented or could have been.

We decided to try again. After all, how could lightning strike in the same place twice? A year and an IVF later, I was pregnant again. Again, husband and I went on vacation. But this time I had a clue that something was amiss, even though we had again had a beautiful, strong heartbeat. Sure enough, I found out that my second baby had died, the same day of the terrible massacre at Virginia Tech and the same day that a friend emailed me to joyously announce that he and his wife were expecting and to keep in touch.

I had wonderful friends who helped me through this second tragedy while my fertility doctor shook his head in wonderment and disbelief at my amazingly bad luck (as he called it). I scoured literature for any hint as to how lightning could have indeed struck twice and came up empty handed. Four years into our journey to have children, and all I had to show for it was two lost babies. The pregnancy announcements from friends were coming fast and thick at this point and each one was like a doomsday announcement of my failure to be able to have a child, which of course was not the intended purpose.

In the end, more than five years after we set off on the path to parenthood, our rainbow baby was born on St. Patrick’s Day from IVF number three. And yet, the long shadow of our earlier losses crept up over that occasion too. I remember checking into the hospital for the induction fully expecting to hear that he had died. I only made the minimum preparations to bring him home because I assumed that lightning would strike a third time and there would be some further tragedy. But, it didn’t happen. When we took him home, I had no idea what to do with him. I wasn’t prepared to have a living baby come home. This led to some pretty hard core post-partum depression.

My “baby” is now 9 1/2 years old and his sister–our free, quasi-oops-lagniappe baby who gave me that second chance to fully enjoy my pregnancy–has completed our family. We are so fortunate in that respect and it was in part because of those earlier babies that we lost. If we had not lost them, we would not have found these two. I have also learned a great deal of grace in dealing with the pregnancy announcements of others and I am very happy to say that I am genuinely thrilled for them.

But every time I visit the gynecologist, I am reminded that I have had four pregnancies and only two living babies. I am reminded of them every time I see the pictures of the children of friends who are about the age that ours would have been if they had lived. And then my son will yell for me because he needs help with his homework and my daughter will want help getting glitter out of her doll’s hair, and it will be back to life.

Be the first to comment on "Miscarriage Casts a Long Shadow"