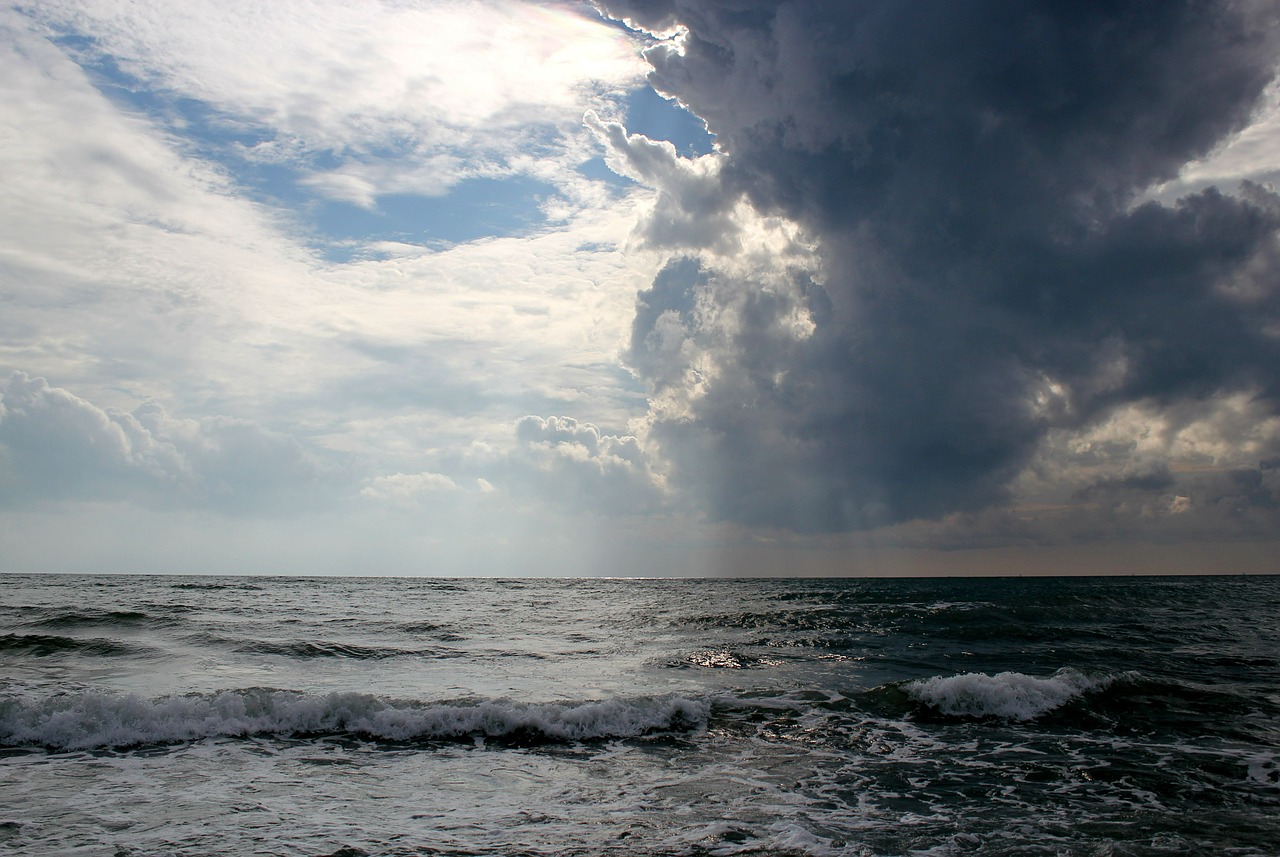 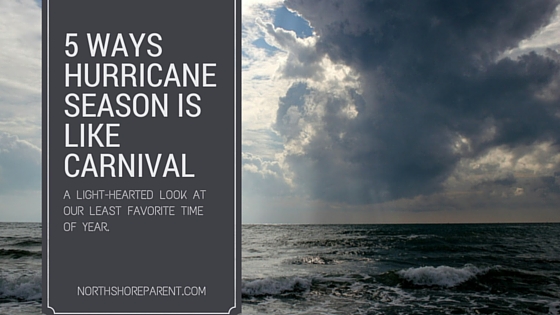 June 1 is an auspicious date; it’s the first day of hurricane season. Until Nov 30 we all hold our breaths, watch the weather just a little bit closer and pray that Dr. Gray’s predictions are totally wrong (Which he usually is–probably because he’s completely landlocked in Colorado and forecasting from approximately 10 miles above sea level). But if you’ve lived here for more than a few hours, you’ve probably figured out that we have a sense of humor about our way of life and hurricane season is no exception. I’ve noticed that one of the scarier times of the year has a lot of similarities to the best time of the year, and so I give you 5 ways that Hurricane Season is like Carnival Season.

Does your maw maw know how to text? If the answer is yes, there’s a good chance she learned about 10 years ago, during Katrina, when calls wouldn’t work, but texts did. Everyone learned how to text, sending messages to everyone asking where they were located. And now we do that during hurricanes AND Mardi Gras. Facebook statuses count, too. “I’ll be at the corner of St. Charles & Amelia” is the equivalent of “We’re headed to Atlanta” during hurricane season.

You (and your kids) live off junk food.

Whether it’s Popeyes during Mardi Gras, ramen from the generator powered microwave during a hurricane (my first hot post-Katrina meal, never forget), or boxed macaroni and cheese with water boiled on the gas grill or a gas stove, manually lit with a match, neither hurricane season nor Carnival season are times of healthy eating. They also involve extensive consumption of food from an ice chest, either because you’re on the go, or because you’re trying to eat everything that was in the freezer before it goes bad. Just like after Carnival, most of us end up a few pounds heavier after a hurricane (remember, when we all discovered MREs had 2,500+ calories and that’s why everyone was gaining weight despite doing hours of manual labor without any air conditioning?) But hey, some of the MREs had M&Ms and that was fun, right?

That last weekend of parades, we’re basically home long enough to dump all the beads, give the kids a bath and sleep for a few hours. And then, on Ash Wednesday, when the NOPD is clearing the streets, I’m clearing my car of all the stuff that amassed while basically living in it for several days. During hurricanes, when we don’t evacuate (and sometimes even when we do), we end up nomadic for a few days, based on who has power, who has a generator, who has a gas stove and water heater, and, in really dire situations, who has running water.

You travel with alcohol

Most places have blue laws. Nobody wants to get stuck in Nowheresville on a Sunday while your hometown gets blown to bits and not have at least a beer on hand. And, well, Mardi Gras. Does it need an explanation?
You become an armchair meteorologist 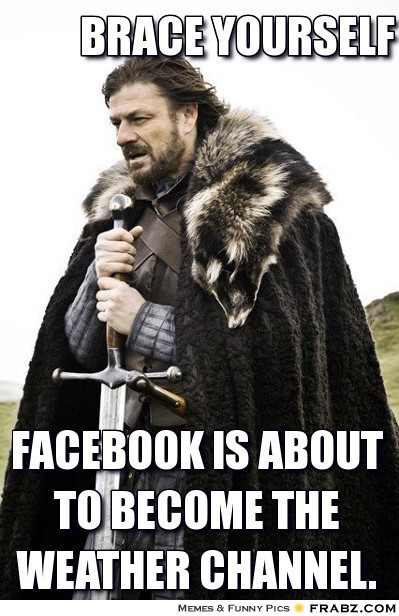 The Superdome is indoors and it allegedly never rains in Tiger Stadium so watching the weather becomes vitally important for our main events (let’s not talk about Jazz Fest because we can assume it will always rain at least once during Jazz Fest). Everyone has their favorite local meteorologist, favorite forecast models and at those two times of year we all are armchair meteorologists.

Much like we all breathe a little sigh of relief as the curtain closes on the meeting of the courts, and the craziness of Carnival comes to an end, let’s all hope that on Nov 30,there will have been no major storms and that we can collectively exhale and put another hurricane season behind us.