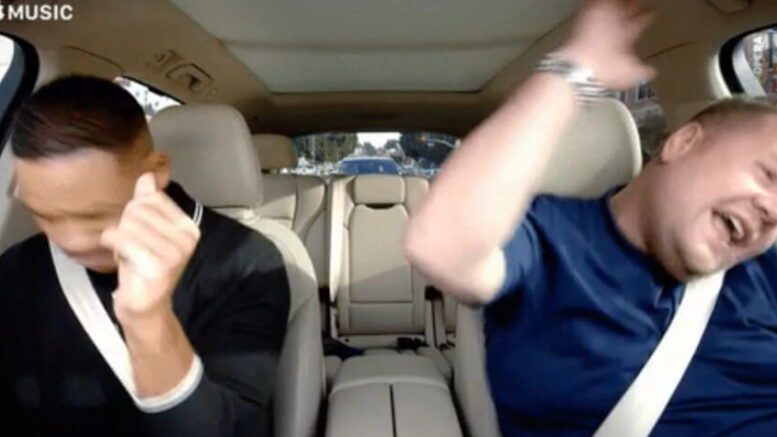 2020 is proving to be quite the year. For the first time in my lifetime, and in anyone’s recent memory, there were two hurricanes slated to be in the Gulf at the same time. That’s on top of the global pandemic the governor keeps mentioning, the push back of the start of school, and a myriad of other strange and unusual occurrences happening these days.

But as Marco and Laura bear down on the Gulf South it’s hard not to notice the trends in my fellow Louisianians. There are a few different ways to handle a hurricane or two and I’ve seen them all this week. Here are some that I’ve noticed:

Patty has been ready since hurricane started, y’all. She’s got her emergency binder and her photographs saved to an external hard drive should she need to evacuate. If that isn’t necessary she’s got the full hunker down experience ready to go: canned goods, gallons of water, foods that don’t need heating to eat, and PLENTY of snacks. She’s checked Bob Breck’s weather blog three times today already. She’s ready and the frankly the waiting around annoys her. Let’s do the damn thing already.

College Connie is usually a good deal older than college but she’s still got that exact mindset should a storm appear in the Gulf. She’s the first to hit the store for chips, dips, and alcohol. While she’ sitting around drinking wine she gives her husband a list of things to do around the house. She’s glad her tubes are tied because hurricane boredom is how she ended up with her oldest.

She has a whole house generator so she’s basically confused. Why is everyone washing their hair? She goes to the store to stock up and feels guilty buying frozen food. Should she gas up her car? She asks her husband and he says he’s going outside to move the outdoor furniture. Ginny looks around her house and wonders if she should pick up? Does Internet work on the generator? Hurricanes are confusing. And while this is going on, every relative she’s never spoken to is saying they’ll be over if the power goes out. She hopes she has enough floor space.

Like some ancient knowledge deep in his blood, Larry hears about a hurricane and immediately considers his lawn. Out he goes, in wind or sprinkle and he mows his lawn! His ancestors would approve.

Cathy does not have a generator. What Cathy does have is a freezer full of food that might go bad. She’s hard at work cooking as much of it as she can so she doesn’t lose it. Shrimp enchiladas with blueberries? Why not? Pizza with a side of pickled pork? Suuuure. People start showing up for her “hurricane party” but really she just hates to waste food.

Two days off of school? Potential flooding? Trixie is outta here! She packs up the car or the RV and gets the heck out of dodge EARLY. She doesn’t think of it as evacuating–it’s a vacation. Hurricane snacks are just stuff she eats on the road. By tonight she’ll be well north of the Gulf and enjoying a big glass of wine.

This is Carrie’s first hurricane. She moved here six months ago from Ohio and has no idea what she’s doing. She asked in a mom group on Facebook and got so much advice she decided to just curl up on the floor and cry. She’s not sure if she’s leaving, staying, or putting everything she owns in a trash bag. She goes to the grocery and sees people have bought all the Gatorade and wonders what they know that she doesn’t. She really misses her mama.

Bobby has lived in south Louisiana all his life and loves a good thunderstorm. He gasses up his truck, makes sure he has ammunition, and then wonders what all the fuss is about. He’s sure his wife will get some snacks. He sits on the porch and looks at the clouds. When the storm gets close he likes to drive around “just to see.” He is not worried. His wife kind of wants to kills him.

Be the first to comment on "How Do You Hurricane?"