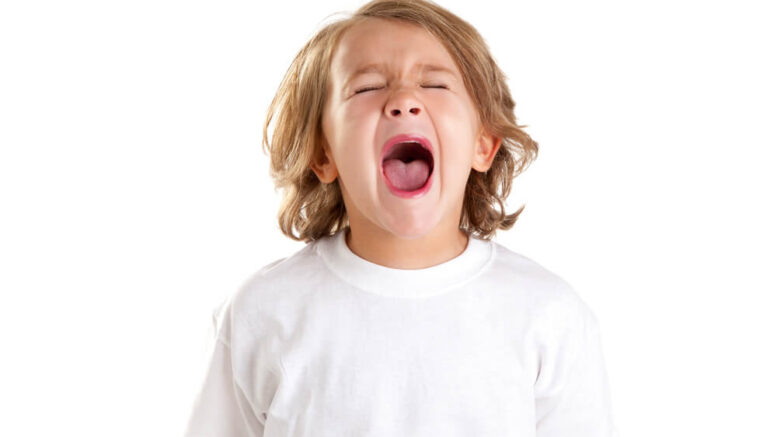 My third child is the human equivalent of a can of mixed nuts. One time you dip in and get a lovely almond or macadamia, but the next you pull out a rancid peanut and one of those huge honking things that tastes like a stale fingernail. You just never know what you’re going to get with him.

In his defense, he gave me a little warning about his most recent pre-flight rancid peanut appearance, and I missed the flashing red warning signs. We were to fly out to California on the first day of summer vacation. The trip had been planned for months: 3 days of Disneyland and 5 days exploring Southern California- Angels games, coastal sightseeing and some hanging ten on gnarly waves, man.

The whole family, including Cole, 5, was very excited. Except, occasionally, Cole would say things like, “can we just drive?” and, “I’m not sure I like planes.” In hindsight, these were blinking yellow warning signs. The, the day before the trip, he looked at me and, very frankly, stated, “I’m a little nervous about flying.” This was a giant, flashing THE SH*T WILL HIT THE FAN sign that I chose to take in stride rather than confront head on. I told him it was okay to be nervous but flying is super safe and actually really cool. I reminded him he’d already flown when he was younger and he did great. He seemed to accept my placating and went about his day.

The next day at the airport, things seemed a-ok. We checked our bags and went through security without incident. We even sat down and had pre-flight beignets- a huge, messy mistake that ended with a stranger cleaning chocolate milk off my pants- but nothing too out of the ordinary for life with 3 boys.

When they called for family boarding, we stood in line, all excited to begin our long 2-leg journey to the west coast. Well, apparently not all of us. We scanned our tickets, walked down the jet bridge, and approached the plane. . . and that’s where he stopped.

“I’m not going on the plane,” said Cole, quite definitively.

I heard it but I was trying to text my mom last minute details about a house we had under contract and admittedly was not fully paying attention. Then, I felt a frantic shove from behind and realized my husband, Jeffrey, was desperately trying to get my attention. I turned around and looked down to see Cole beet red, crying and refusing to move forward. By now he was screaming. And I do mean screaming. His feet were planted and, as we tried to tug him forward, his fighting got more intense. He was not going, NOT GOING. NOTTTT GOOOIIIINNNG.

At this point, we had to move over to allow other passengers to board. They were all giving us sympathetic looks, but I know, deep down, they were calculating the chances they’d have to sit next to my salty peanut of a child.

I was starting to panic because we were flying Southwest and I was relying on early family boarding to grant us seats together. If I let too many people pass by, the chances of 5 seats together, or even 3 and 2, were slim. My husband said, “I’ll stay back with him. You take the big boys and grab seats.”

I didn’t take too much time to contemplate it, but, in hindsight, I should have been the one to stay back. I’m way meaner than my husband; mostly because I’m the one who spends months planning vacations and I’ll be damned if my 5-year-old is dictating the terms and making last minute itinerary adjustments. But I took my big boys and found 5 seats at the very back of the plane. And left my husband with the very loud, increasingly rancid peanut child.

I watched the door with extreme anxiety. By the time the last big load of passengers boarded, Jeffrey and Cole still weren’t on the plane. Passengers kept asking me for our open seats and I awkwardly and guiltily told them they were for my terrified child and now-possibly-mentally-unhinged husband. Upon hearing that, most people started desperately searching for seats anywhere else, far away from us.

I signaled a flight attendant, explained the situation and asked her if she would please call up front to see if Jeffrey and Cole were still by the plane door. She picked up the phone and immediately pulled it away from ear, wincing, and said, “oh, I hear him screaming! They’re still out there.” Panic building, I asked her to save my seats while I tried to handle the situation. She took her job very seriously and stood guard over our 5 precious seats and 2 other sons while I made my way to the front of the plane.

I tried to squeeze past people in the aisle who were placing their bags in overhead bins.

“Excuse me, I’m very sorry, I have a crying child and possibly crying husband at the front of the plane,” I explained.

“Ohhhh, he’s yours? Good luck with that…”

When I got to them, Cole was purple and still screaming and Jeffrey looked like John McEnroe after he’d been defeated in an epic match against Andre Agassi–hot, tired, angry, and utterly forlorn. If he’d had a tennis racket it would have been long smashed and hefty unsportsmanlike fines assessed. I could see he had one foot out the door was resigned to having a nice 1:1 week at home with Cole. Who needs blue skies and 70° weather anyway, right? I’ll have a lovely time home with this very small, soulless dictator I have sired!

Two flight attendants were pulling out all the stops, kneeling down and offering smiles and treats, and the remaining passengers straggling onto the plane were saying things like, “it’ll be ok buddy! Your dad will buy you an ice cream when the flight is over!” We were both nodding in agreement like dopey, desperate idiots. WOULD YOU LIKE A PONY, COLE?

The sweet smiles and bribery of several flight attendants were fruitless. I bent down and tried to offer comfort, sweetly convince. It’s going to be fine. You have to come. You can’t miss this trip. It’s going to be so much fun! You don’t want to miss Disneyland, do you?

“I AM NOT GETTING ON THAT PLANE.”

He is a steadfast peanut, that Cole.

Jeffrey stated what I absolutely knew he was thinking: that maybe he and Cole should just stay home.

Ok, F that. Not happening.

That’s when I did what I should have known was inevitable at the first footstep he refused to take: I went into Luisa from Encanto mode and hoisted my crazed almost-6-year-old against his will and began the very long, very public march down the aisle towards our seats in the very back of the plane.

As he was kicking and screaming uncontrollably, I, and every other passenger, could clearly hear him shouting, “I HATE YOU!” At some point, he flailed so hard he sent a shoe airborne and it later took 2 flight attendants to locate it. The shoe clearly wanted nothing to do with this situation and was attempting self-extraction. My younger son later told me that Cole called me a “frickin’ idiot” several times. I’m not sure where he got this, as he’s never seen Austin Powers, but, looking back, I guess I should be glad he didn’t pull any heavier hitters out of his arsenal and *really* give the plane something to talk about.

After what can only be described as the world’s shortest eternity, embarrassment surging through my every vein, we reached our seats. I hoisted him in, hugged him, buckled him up, and told him it would be ok. By some miracle, he stopped screaming and gave in.

As soon as we got headphones on him and a bag of gummy bears in his hand, he was totally fine. It’s like he didn’t even remember he was on a plane. Cole sat there, happy as a lark, as my husband and I were fully traumatized, staring ahead like very tired zombies who needed to consume drinks instead of brains.

But that’s Cole. Rancid peanut to tasty almond in 0.5 seconds.

It was smooth sailing on both flights and we had a lovely trip, with only a few hiccups along the way.

So what is the moral of this story?

Well, of course, it’s that young kids are unpredictable and I should have listened more closely to the warnings he was giving me so that I could have been better prepared for his total meltdown.

But also…there is a definite reason airlines no longer allow peanuts on airplanes.

Be the first to comment on "Air Force None: The Time My Child Refused to Fly"