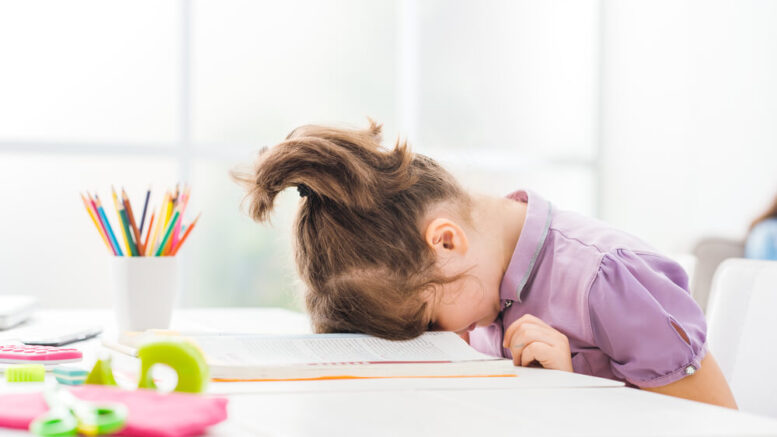 Like many of you, I moved to the Northshore for the schools. My husband graduated from Mandeville Schools and it served him well in both college and adulthood. I hoped that this same high-quality education would be available to my children. We researched school districts before finally choosing an area with an A-rated elementary school (I’ve since learned that’s not that important, but that’s another story for another day).

For that reason I find it fairly shocking that such a terrible new bill was introduced to the Louisiana House of Representatives by Mandeville Representative Richard Nelson.

In this bill, Representative Nelson would like to hold back any third grader who fails to pass the reading portion of the LEAP test in third grade. I’m going to outline my issues with this bill right here:

These Kids Have Been Through a Lot Already

Many of the children who are younger than third grade have had a pretty rocky start to their early education. Because of covid these children have experienced school and daycare closures, teachers outages, and long-term quarantines for both themselves and their teachers. We are still learning the ways that children were impacted from the social isolation and mask-wearing during their formative years. The last thing these children need is an arbitrary bar set to keep them in third grade.

Retaining Children is Harmful to Them

Holding children back does not help them. It is embarrassing. Retaining a child significantly increases the child’s chances of becoming a drop out. If a child is retained twice there is an 80-90% probability that the child will drop out. There is no evidence to support retention as a strategy for improving a child’s academic achievement.

Standardized Tests are just a snapshot. They show you how well a student did on one test on one day. Maybe the child had a headache. Maybe their mom dropped them off late and they missed breakfast. Maybe their teacher yelled at them for not having their chrome book properly charged. One bad day and these kids are asked to repeat the entire year? Does that even make sense? Should a student be viewed as a whole person and their academic record looked at as a whole? Aren’t all of us more than our performance on any one day?

Holding a kid back won’t take away their dyslexia or autism. It might make them lonely though if they fail to keep up with their peers. It might make them embarrassed to see everyone else move on when they stay in third grade. I checked the law and nowhere does it say that kids with special needs or learning disabilities aren’t included. How does that even work? Some kids are working on totally different goals than their peers because of their disability. Maybe there’s a work-around, but I’m sure it would create more work for the teachers and faculty and we all know they work too hard as it is. Try to imagine the poor third grade special ed teacher who has to do the paperwork for fifteen resource students when they all fail third grade because of ONE test. Even after they learned and grew at their own pace all year. I’m sorry, but it’s not fair.

I checked Mr. Nelson bio and I see that he is highly educated. He does not, however, have any background in education. I would encourage him to speak to teachers and principals about his proposed bill and see if they think it’s a good idea. I know I’m not a fan.