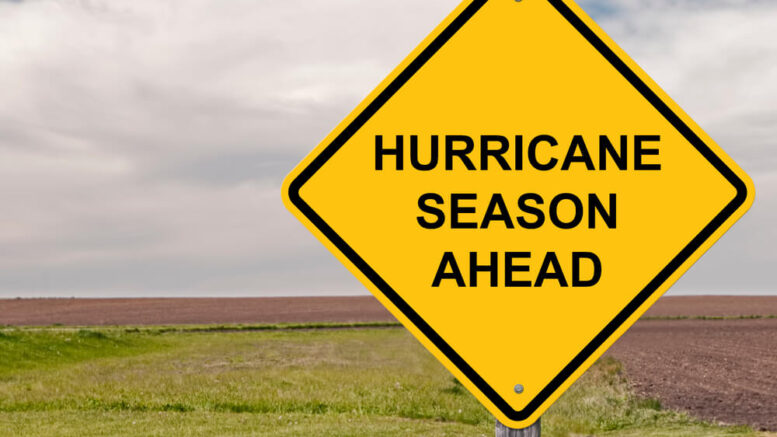 The 2020 Atlantic tropical storm names have been released and there are some interesting names on the list this year. Some are so interesting they were even thought provoking. This got us discussing, “What if these storms had personalities?” After a lot of laughter, we finally decided that this is what we can expect from the 2020 storm season.

Hurricane Arthur is not a threat. This storm’s martini drunk and caught between the moon and New York City.

Bertha is a slow moving gal. Everything stops in the middle of the day so she can watch her stories. She can pack a wallop if she decides to, so take her seriously.

This storm was actually named Christopher but changed his name because Christopher is too bourgeois. A very non-threatening storm, Cristobal avoids anything mainstream or mainland. He only hits micro-breweries and locally roasted coffee-shops.

Actually two really huge storms. She came in hard and fast but made a last minute turn Two Doors Down and just hit the Islands in the Stream.

A very angsty and broody storm. Only strikes at night, but with super speed and precision. Expect sparkles in the daylight.

Fay has a definite Southern trajectory. She keeps blowing people’s hair into an updo. After she passes an unusual number of people will find  “bless your heart” signs in their yard.

Gonzalo didn’t even know he was supposed to be here. He was vacationing on an African beach one minute, had a little too much fun, and suddenly he’s being whisked away to North America. He’s just going with the flow, man, but totally digging the surf.

You think it’s a little Mickey Mouse storm but watch out Hannah comes in all cute and petite but when she finally makes landfall she’s like a Wrecking Ball.

Isais did not come to play, sonny. Isaias is very hurricane eye for an eye and brings with him plagues of raining frogs and locusts. Buckle up!

This storm only makes landfall on Sundays. Hurricane Josephine does some damage but miraculously spares all Hobby Lobby and Chic-fil-A stores.

Hurricane Kyle is ready to rickety-rickety-WRECK things. He’s been talking about how hard he’s going to hit for weeks but once he arrives, he’s mostly just loud wind gusts. Knocks down one rotting tree and talks about it for months.

Comes in directly behind Kyle. Laura makes “WHOOOOOO!” noises wherever she goes. This storm thinks she’s cute and fun but really she just annoys everyone. She barrels straight for Bourbon Street but is a total lightweight.

While you would think this storm would explore the coast, Marco oddly only hits swimming pools. The storm path seems to suggest that Marco is blindly wandering around looking for someone to tag.

Hurricane Nana comes in gently and hugs the coastline. Any damage is very minor. This storm leaves behind a faint odor of Bengay, butterscotch, and schnapps wherever she landed.

Omar is just showing off for the ladies. He’s going to talk a mean game and flaunt his “Cat 5 size” but when he actually hits, we’re all going to be severely disappointed in the hype. He fades out quickly to nothing more than a sprinkle.

This storm is classy. She follows the predicted path and stays within her suggested category. But she’s a southern belle at heart so she knows to play the long game because angry fits are ugly. Instead she’s going to linger softly and cause massive flooding

Rene is everything Omar tries to be but isn’t. Rene is a very smooth, very fast, and way too big. He floats across the ocean in a flawless tango of passion, ready to change your life. You will have dreams about Rene’s conquest for years to come.

Hurricane Sally gets bent out of shape easily. Sally is already raging at Rene’s prowess and how dare he even act that way!? Sally only strikes the gated communities and blows extra loudly when her gulf water is too tepid. And where is that lemon she asked about two categories ago?

Vicki is a no-nonsense storm. She will come in and huff and puff and blow the hell out of your house and you will just have to deal with it. You get what you get and you don’t throw a fit. And it’s VICTORIA thank you very much!

This is a very slow moving storm. It’s so slow that everyone eats all of their hurricane snacks before he even makes landfall. As a result, Wilfred causes all of us to gain ten pounds.