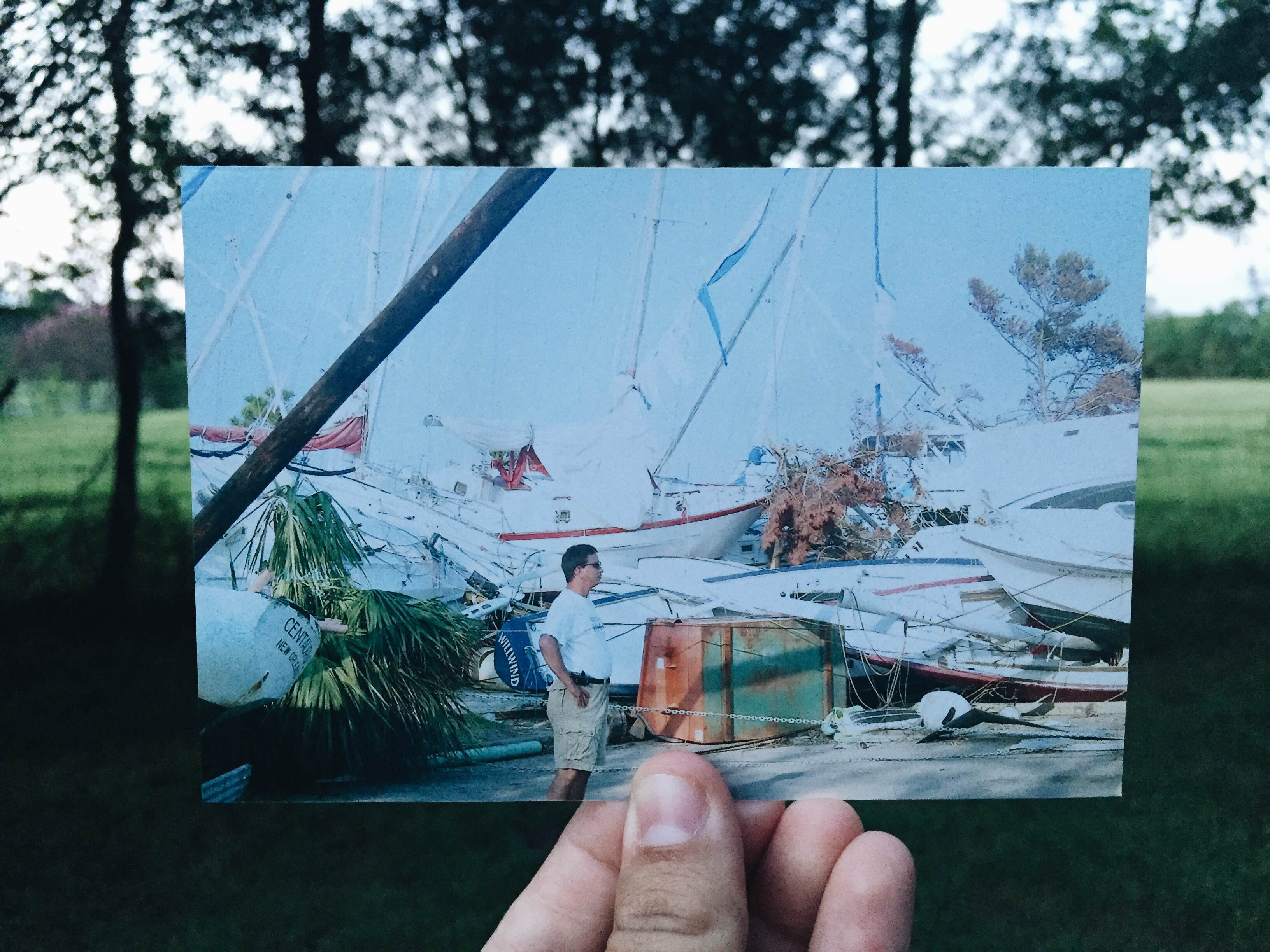 It was real. It wasn’t a movie. And it smelled bad.

A decade has passed and it is still hard to believe. At first, I wasn’t sure if or how I wanted to approach the anniversary of Hurricane Katrina. On one hand, this is my home, the city I’ve loved as long as I can remember; I’m a born and raised girl of the Gulf Coast. My childhood memories are all wrapped up in the region, so how could I not comment? On the other hand, I was lucky to have not been living here when Katrina hit, so I feel like on some level I shouldn’t comment. Obviously, I’ve decided against the latter. 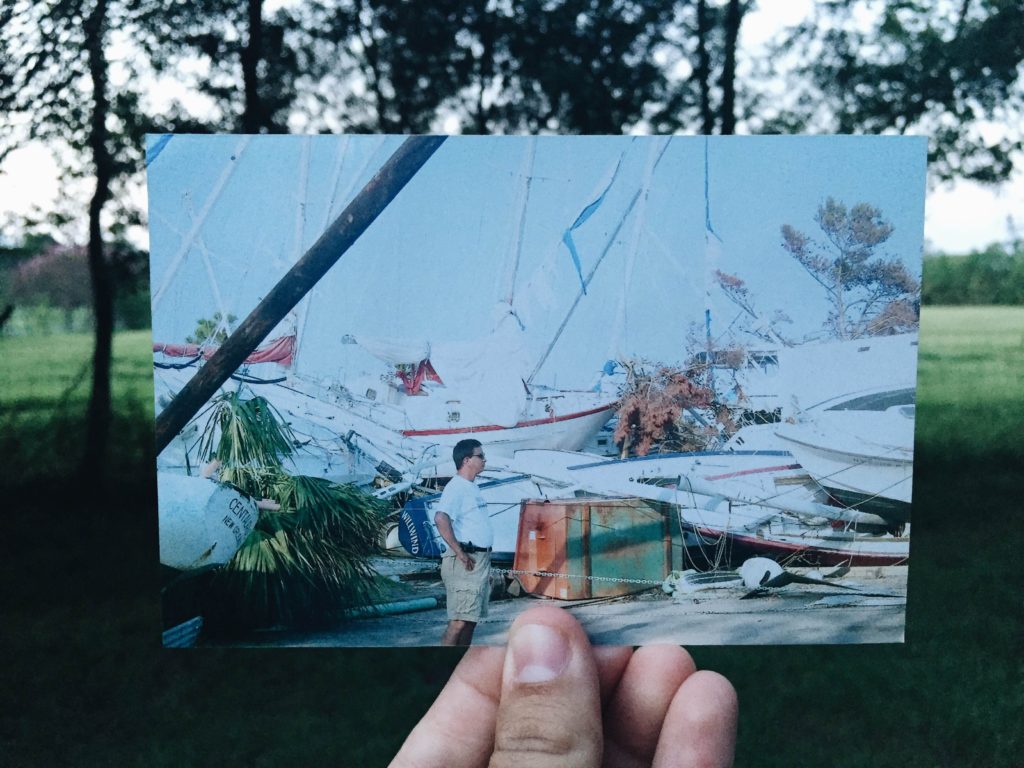 I was living in Florida at the time. I had experienced enough hurricanes to have the nonchalant attitude that plagued so many people in New Orleans. Not once had I ever evacuated, to this day I still haven’t fled a storm. I sat still watching this storm that would change so many of us develop, strengthen and grow into something that would eventually swallow the Gulf of Mexico. And then we waited. 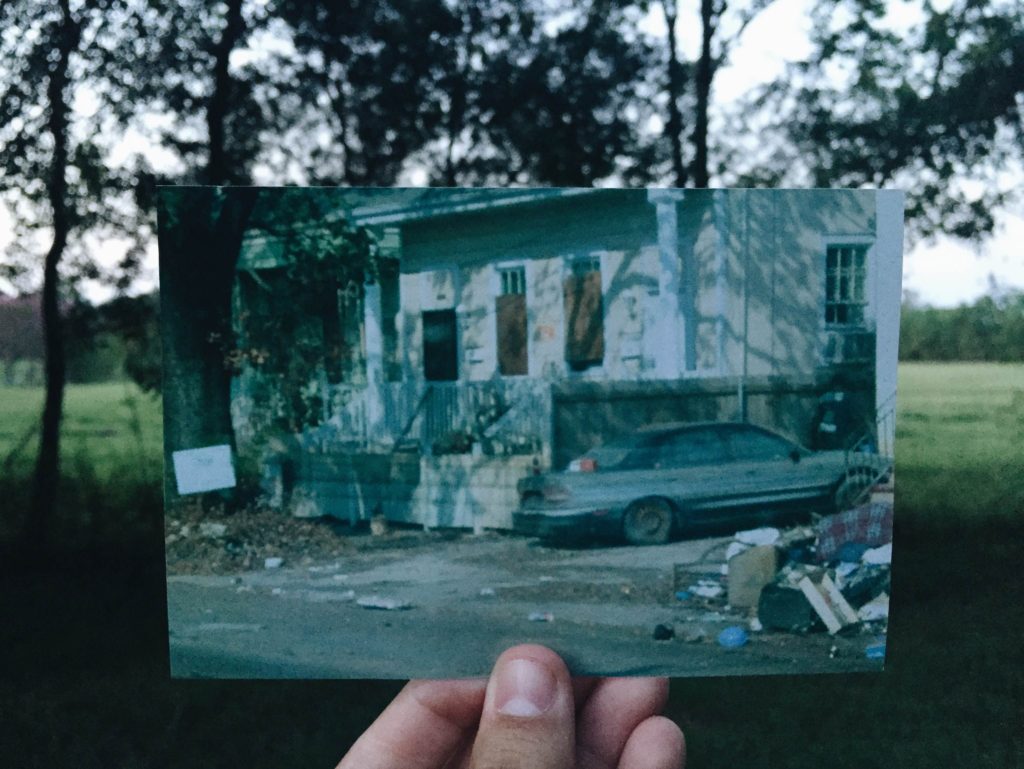 Waiting: that awful game that we played collectively in those days of the fallout of Katrina, anticipation built up as we waited to hear from family and friends. We waited to see how much worse it could get. I don’t know how much sleep I got in that week. Not enough. Nobody with any connection to the region could possibly have gotten enough. I watched the news to an unhealthy degree, taking in the images of devastation as they replayed on a loop.

While the people of Louisiana and Mississippi felt helpless, I felt sad. While some felt devastated, I felt lucky. 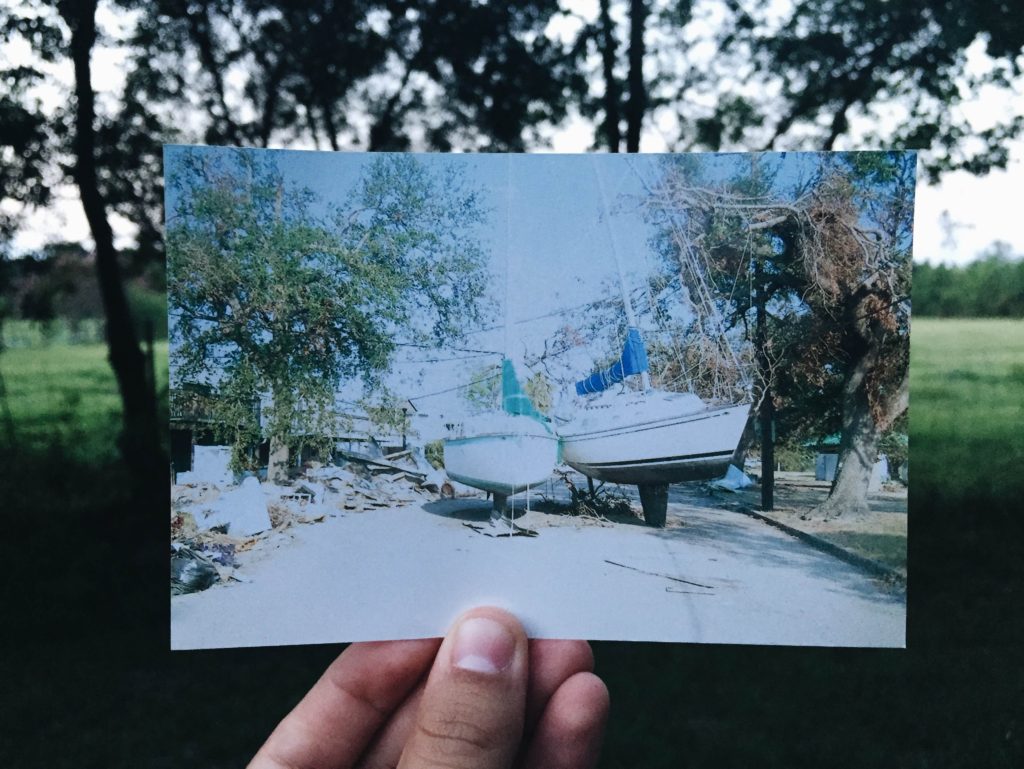 I felt guilty. I felt so guilty watching all of these people lose everything as I sat in my bed watching it unfold on a television. I felt lucky at the same time; thank god I wouldn’t have to experience losing my entire life. I immediately tried to remedy this by gathering donations and eventually had an 18-wheeler filled with anything people had been willing to donate to the region. It was all I could imagine doing at 16. 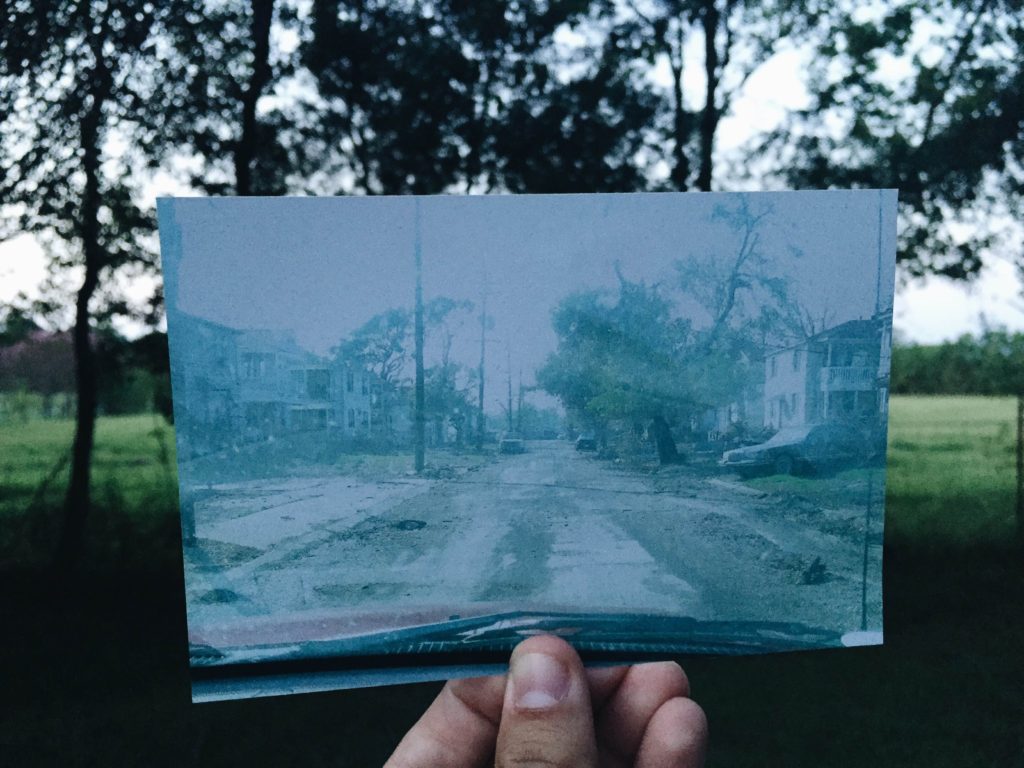 A month later I traveled to New Orleans to visit my grandparents. I cried. I cried more than I had in front of my television in the late hours of the night. I wandered through what used to be familiar neighborhoods that now looked more like Hollywood sets. The aroma of spoiled food rotting in empty homes and tossed out refrigerators filled the air. I drove past childhood memories that were completely wiped away with only pylons to remind us that a building had once been there. I saw “X” after “X” alerting me to which houses had bodies found in them. I saw roofs with gaping holes forcing me to imagine the fear of using an ax to escape rising waters and finding refuge on a roof. This was real. This happened. How did this happen? 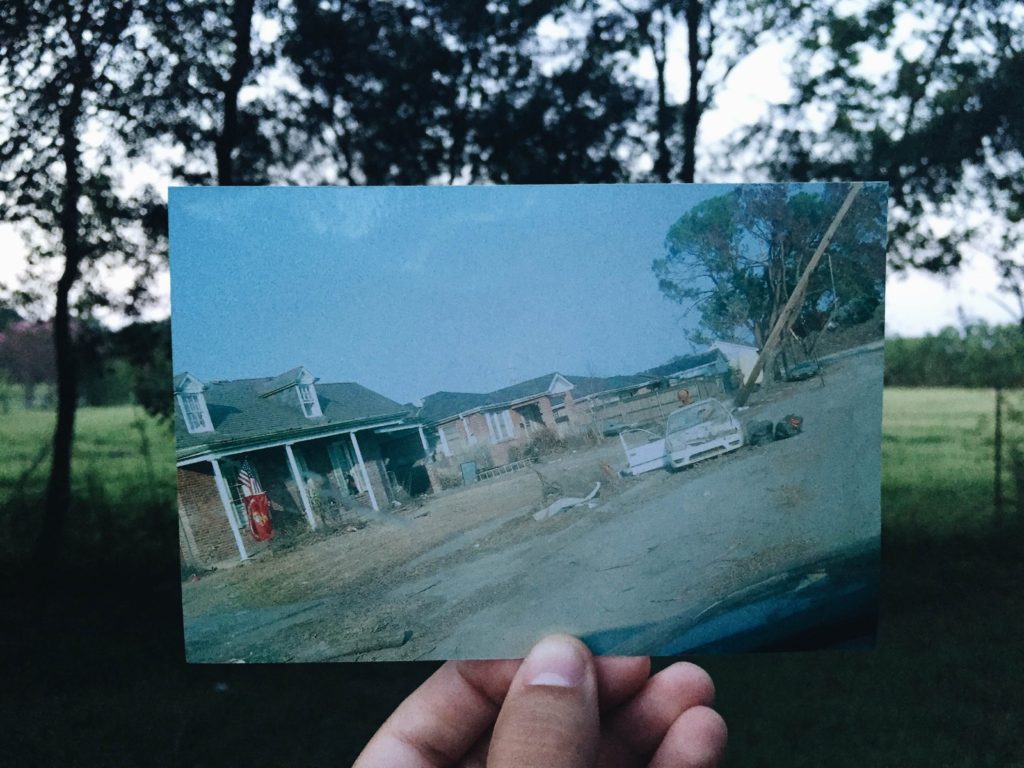 As I walked, taking all of this in I heard a “hello”. I was in the Marina among boats that had been lifted from their dock slots and tossed on their sides and into the streets. Again, “Hello”; a man whose boat had been spared was now calling it home and offering me an MRE. Again, I felt guilty; like I was touring a hell that he was living. I declined the MRE assuming he probably would need it more than I, but I did talk with him for a bit on his boat. People needed that; to be able to talk, to be heard. My heart broke again and again, but it has always remained a very important moment for me.

It summed us up, our spirit; our kindness. That is who we are here. Too friendly, too talkative and always offering strangers food. That is what carried us to where we are now. Everyone likes to talk about “resilience” – let me tell you something, we are stubborn, and it just happens to be to our benefit. Are we perfect? No. Will we get there? Never, we are too stubborn to change our ways entirely. Will we survive? Always. Everytime. Because we are stubborn.

Ten years later and it still feels like a bad dream. But we survived.

I consider myself a Floridian New Orleanian, both places are home to me. I am a photographer, pre-school teacher and step mom. I collect antique cameras and love Disney World. You can usually find me by a pool or at the lakefront on a sunny day and probably playing WWOZ in the background.

Latest posts by Allison (see all)

I consider myself a Floridian New Orleanian, both places are home to me. I am a photographer, pre-school teacher and step mom. I collect antique cameras and love Disney World. You can usually find me by a pool or at the lakefront on a sunny day and probably playing WWOZ in the background.

Be the first to comment on "Katrina: Ten Years Gone"