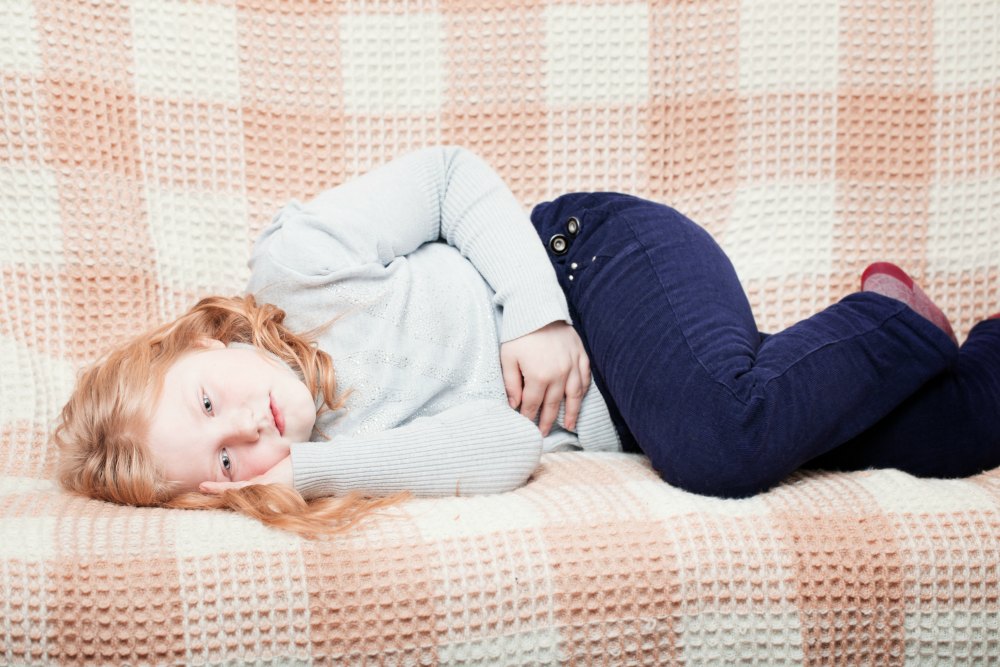 Few words can strike fear into my heart like the word “norovirus.” Once, I was among the norovirus uninitiated. I had heard stories of “norwalk virus” on cruise ships, and I had probably had a “stomach flu” a time or two, but I never gave it much thought.
And then, one of my (then) three year olds threw up one night in the middle of the night. It was accompanied by coughing and I attributed it to the nagging cough that came with the preschool plague. We cleaned up and went back to bed and didn’t think anything of it. Until two days later when the other (then) three year old threw up (quite violently, and spectacularly, I might add, in the middle of the living room while I was just steps away in the kitchen making dinner). Two days after that, my husband and I awoke in the wee hours of the morning, both violently ill. Of course, by that point, the three year olds were restored to full health and energy levels and we took care of them that day with the help of our friends Daniel Tiger, DJ Lance Rock and Steve from Blue’s Clues. Three years later, we can’t decide if the low point of the day was when they cried because the sound of our vomiting scared them, or when my husband (at this point solo parenting because I had been taken to the ER for fluids) had to employ mind over matter techniques to will himself to stop vomiting and to be able to care of our children.

via GIPHY
(My husband would like everyone to know that this gif does not represent him. Except for the Rob Lowe resemblance)
It was a bad day. A very bad day which I wished to never repeat. (And, apologies to all my girlfriends and the random strangers who have heard me repeat this tale of woe over the years) Of course, I knew that with small children in my life, this wasn’t entirely in my control, but I dove deep into research on how I could best manage if and when the dark angel of projectile vomiting again appeared at my door. When he arrived in December 2015, I was prepared and managed to contain his advances to just one of my three children. I’ve since managed to do this a few more times, and I’ve become the friend that everyone texts when their kid throws up for tips on taming the beast.

via GIPHY
How Norovirus is spread
Unlike many respiratory viruses, Norovirus isn’t spread via the airborne route. It’s spread by the “oral/fecal route” which means you are literally ingesting the virus particles from someone else’s fecal matter because  it was on your hands, or a food prep surface or the food. Terrible, right? It can be airborne only in that, if you are around someone actively vomiting, and a particle gets in your mouth, you can start running the doomsday clock for when you will become sick, too. Incubation time is 12-48 hours, with 36-48 usually being the sweet spot.

How to Keep From Getting Norovirus

So, now that you know that norovirus is spread by ingesting it, you’re going to want to know how not to do that. The most important things are hand washing and keeping unwashed hands out of your mouth. The second one is so, SO hard with small children, which means the first one becomes even more vital in preventing the spread of infection.
Wash your hands before eating. Wash your hands when you get home. Wash your hands often and thoroughly – with soap and warm water and long enough to wash the viral particles down the drain. Sing your ABCs or “Happy Birthday” twice while washing hands to make sure they are nice and clean. Purell and most other hand sanitizers DO NOT kill norovirus so don’t rely on them as a substitute for hand washing. There are a few cleaners that claim to kill norovirus but they aren’t readily available at a brick and mortar store.

What to Do When Someone in Your House Has Norovirus

The handwashing protocols failed and someone in your family has tossed their cookies. Once norovirus is in your house, the goal is to keep it from spreading to everyone. It’s hard, but it’s not impossible. Here are some ways to contain the beast.

How to Clean Up After Norovirus

One of the things that makes norovirus so easy to spread is that it’s difficult to kill. Most household cleaners that you would find at the grocery store or Target are not rated to kill norovirus. Regular Lysol and Clorox wipes DO NOT kill norovirus.  Repeat after me: regular Lysol and Clorox wipes DO NOT kill norovirus
Here are the things that DO kill Norovirus:
(Side note: I’ve heard that schools are not allowed to clean with bleach because the fumes aggravate asthma so that could be another reason this spreads so wildly – the custodial staff may not be given the proper tools to kill it.)
When washing laundry that’s been soiled with vomit (or worse), wash it separately from other laundry. If you can’t use bleach on it, wash it on the hottest, longest cycle you can. Twice. And then dry it twice. Once you’ve washed all the soiled laundry, run a load or two of just bleach water in your machine to disinfect it. Norovirus is a hearty virus and it does not take many particles to spread it and take down your whole family. It feels like you will be doing ALL THE LAUNDRY but better safe than sorry, right?

How to Avoid Spreading Norovirus in the Community

Stay home if you or your child has been vomiting. When one of mine throws up, I want to believe with all my heart that it’s just something he or she ate, but I know the odds are that it’s viral and I need to treat it as such. That means staying home until the most contagious period has ended. It’s not fun or convenient, especially if your child is a one-and-done vomiter, but it’s the right thing to do to keep from sharing this awful virus to others.
The 24 hour rule that most schools and daycares have is a BARE MINMUM. Most people are highly contagious for 2-3 days after all symptoms stop, and people can shed the virus in their stool for up to 2 weeks after being sick. So, even in the aftermath, hand washing is very, very important. Of course people can’t take 2 weeks off work or school, but, if your child vomits at 6am on Sunday, it’s not the best idea to put them bus at 7am on Monday. Plus, there’s sometimes a delay in between vomiting episodes, or worse, a delay between the vomiting and onset of lower GI symptoms. It’s best practice to stay home from work, school, and other public places for 72 hours after all symptoms have stopped.
Be upfront about it before inviting people over if you’ve recently been sick, or had a sick person in your home; Norovirus can live on surfaces for up to two weeks, and even if you have cleaned with all the things rated for killing it, it’s easy to miss a spot and take down an unsuspecting houseguest.

via GIPHY
If you need more information about Norovirus, and how to properly contain it, my favorite resource (yes, sadly, I have a favorite resource on norovirus containment) is www.stopthestomachflu.com, run by mom of 3 with a Ph.D. in Microbiology. The CDC page on Norovirus (https://www.cdc.gov/norovirus/index.html) is also a good resource of more information than you never wanted to know on this really gross virus that’s inevitably going to visit your family a time or two.
May the odds be ever in your favor. 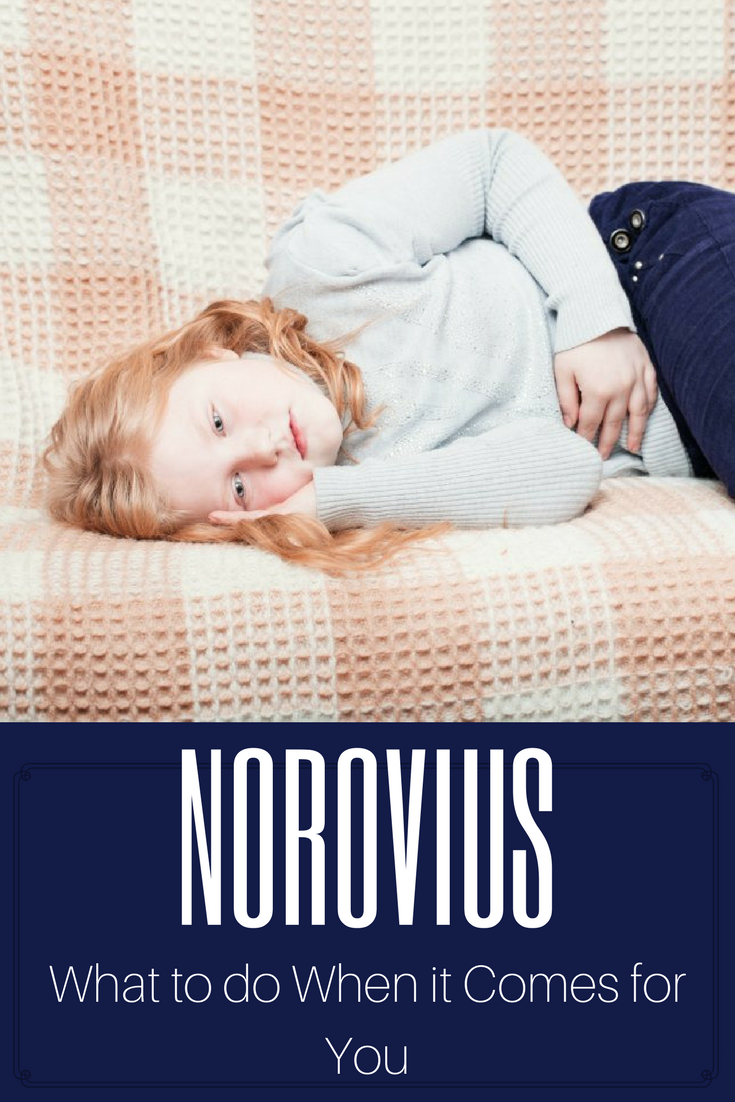