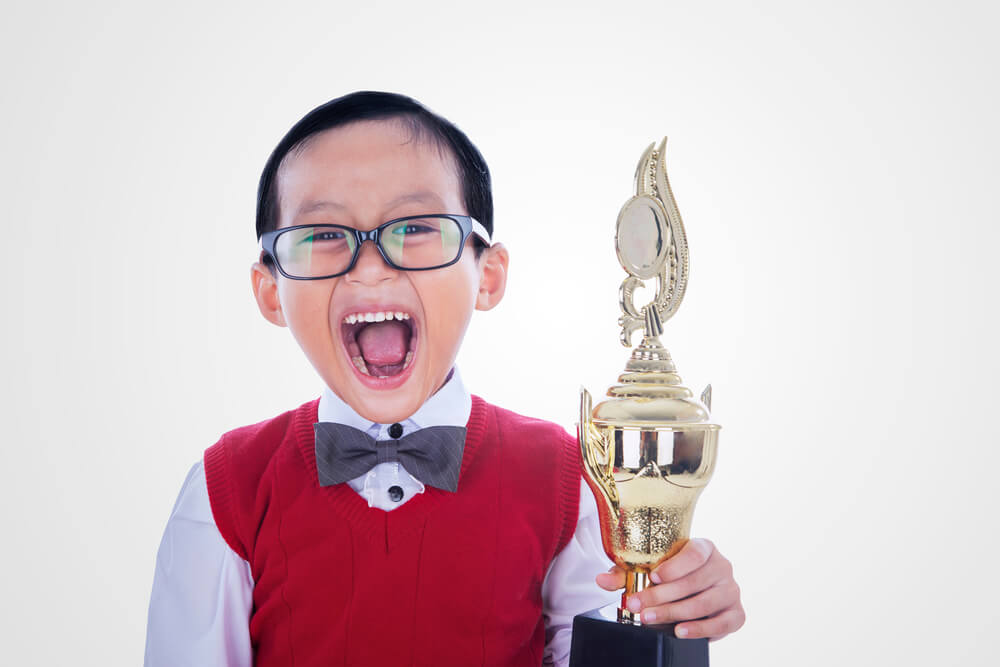 At the end of both Kindergarten and first grade, one of my twins was invited to attend the “Athletic Banquet” at his school due to his participation in the the track team. It’s a cute event: the food is pretty good and each child receives a trophy and their coach says a few words about what they contributed to the team or their athletic ability. I was thrilled because this year my tiny athlete’s attitude had greatly improved. In Kindergarten he was likely to cry in practice if he was passed up by another student. Hooray for progress!

But I realize that his little trophy is, in fact, one of the dreaded “participation trophies” that are so reviled these days. I’m not sure there’s a single item more hated in our current culture than those cheap gold statues that adorn the bedrooms of little children.

As the mother of a burgeoning world citizen, however, I am all about a participation trophy. Wait. Before you run screaming from the building, hear me out.

In my everyday life as an adult one of the most important things I do is show up. When I worked as a teacher, in organizations, as a mother and as a wife my ability to show up is of the utmost importance. I may be tired or look like crap. I may not not be able to give 100%, but showing up matters.

Have you ever had an employee with spotty attendance? did you keep them? I didn’t. Have you ever had an unreliable co-worker? I don’t know about you, but I quickly get resentful when people don’t do their share of the work. And in college? I squeaked by in more than one class by reliably showing up and participating. It seems that in the real world, that’s a valuable skill instead of something to sneer at.

Make no mistake, even in first grade my son doesn’t think that he won anything. They gave medals at the races and he didn’t get one. He recognizes his trophy for exactly what it is: a token of appreciation for showing up and putting in the time even if he didn’t win any races.

My athletic prowess is of almost no value these days. I don’ run any races or compete on any sports teams and MOST of the adults I know don’t either. That’s not to say that there’s no benefit to athletic activities. You learn to move your body in space, how to get it to perform; you can learn how to work with a team for a common goal. None of these things, however, necessitate winning. They require participation.

So let’s give participation trophies a break. Let children celebrate team work, hard work, working toward a common goal, and general athleticism even if they don’t win. Winning is great and athletic prowess is something to admire. That doesn’t mean those are the only things of value in the process.