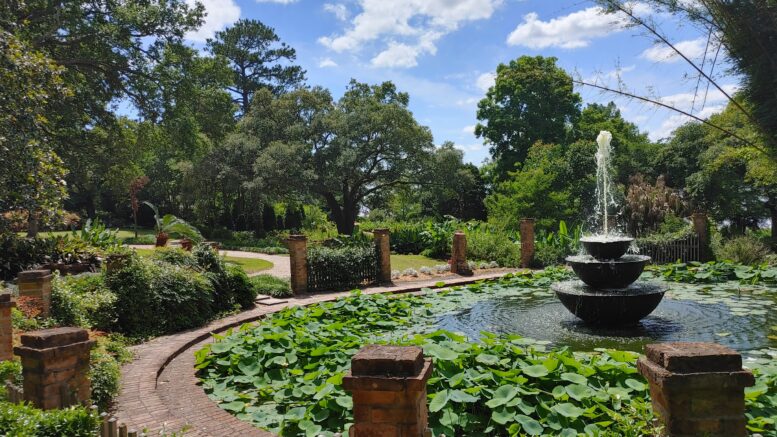 If you’re anything like me, you exist in two planes of south Louisiana – the New Orleans area and Lafayette. Everything else is drive over country and a green blur from I-10 with the notable exception of Baton Rouge which is a traffic snarled pylon-studded landscape of restaurants and personal injury lawyer billboards capped by an abjectly terrifyingly high bridge. I hate to admit that it was not until I was literally given a free two-night stay in that drive-over country that I actually ventured into the Cajun Coast.

Where on Earth is the Cajun Coast?

The Cajun Coast is that area between the Houma, Lafayette, and Baton Rouge bisected by Highway 90, the best kept secret highway to Lafayette. We headed south from Mandeville on the Causeway, hooked up with I-10 towards Kenner and then took I-310 towards Boutte/Houma. We took 310 until it ended at 90 and began the meander south, southwest through Des Allemands cutting through the dense low bayou country and Morgan City. Once we crossed over the Atchafalaya we headed slowly northwest towards our destination of Franklin, just along the edge of Bayou Teche, and the site of our free accommodations. Next time we’ll probably stay in New Iberia because it was more centrally located to all that we wanted to see, but did I mention the place was FREE?

Why You Should Visit the Cajun Coast

In a word, this is the Cajun experience of Lafayette on a far smaller, and more intimate scale with manageable distances and really good food along the way. We were able to focus on three main attractions – New Iberia, Jefferson Island, and Avery Island aka the Island that Tabasco Made Famous – and that was just the right amount. There are of course, a lot more things to do there, but this was the perfect amount for the 1.5 days we had.

I will be completely biased and admit that New Iberia was easily my favorite part of our tour, starting with Shadows on the Teche. I’ve been to a lot of Louisiana plantation tours over the years and even though we were not allowed in the house (thanks COVID restrictions), I was very impressed with this one just from the garden tour. I felt like I learned a great deal about the property and the people who lived there (voluntarily or not). The view of the Teche from the back was easily worth the price of admission. The store was in a separate building across the street and I scored a cross stitch kit for a beautiful Christmas ornament.

Next, we visited the Bayou Teche Museum. I admit I did not have high hopes, but it was extremely well done. The museum more than admirably covered the history of the region including the native people and tackled the treatment of African Americans head on including segregation at the next door Evangeline theatre. The love that the people of New Iberia have for their place was very much on display here and it was really endearing.

I had never heard of the Rip Van Winkle Gardens on Jefferson Island until maybe last week but I am so glad I found out about it. Take an eccentric actor (Joseph Jefferson) who made a ton of money playing Rip Van Winkle over 4,000 times before and after the Civil War with a love of fancy architecture who built a Victorian mansion on top of a salt dome, a family who bought the house after the actor’s death, and the sole heir who transformed the grounds into a plethora of botanical gardens and you have a fantastical place to visit. Although, I have to say, I was not prepared for the peacocks. Fun fact: peacocks sound like screaming children when they call each other and they apparently like to get on the roofs of random buildings that you happen to walk by. There were at least four peacocks that we saw wandering on the grounds and they were very much using their outside voices.

Tours of the house are available and we enjoyed ours but the second floor was not included because Mr. Jefferson, who was a Yankee, naturally, didn’t believe in wide graceful stair cases in the middle of the house and instead put the stairs to the second floor in essentially a closet. Between legal liability issues and our tour guide with bad knees, we had no chance of seeing the upstairs. All was not lost, however, since we got to see an amazing face off between a brazen racoon and one of several cats who live on the property from the side hall and I was able to appreciate how tiny everyone was back then. Seriously, my eight year old would be big in those tiny chairs. For as gorgeous as the house is, the grounds are what really shine. And, you get to learn the nasty history of how a lot of the acreage of the gardens got sucked into a giant whirlpool in the Jefferson Island Salt Mine disaster of 1980.

The next day, we waded back out into the sugar cane to Avery Island, another not-island salt dome. This one, however, is super famous for Tabasco, the hot sauce that has monopolized the world’s taste buds. Spoiler alert: I’ve been to Avery Island twice before, so it was not as much of a surprise, but I had not been since the tour was revamped. On the whole, it was an improvement over the previous tour with a ton of new space devoted to installations about the various McIllheney men including the founder (a Marylander who came to Louisiana because even back then, Louisiana was more fun), the son who decided to throw in his lot with Teddy Roosevelt as a Rough Rider, and the more recent generations who still dutifully inspect the pepper mash. There was a lackluster attempt to discuss the native inhabitants of the island and the numerous African-Americans who toiled on the land for the McIllheney family.

The tour was self-guided and had us going all over the place with warnings to watch for bears and a bamboo walk that was quite secluded which we avoided because, BEARS. We saw the greenhouse where little peppers are born, and then the barreling warehouse with all of the pepper mash. The tour then sent us back the way we came to the far other end for the mixing area. The bottling line portion of the tour was closed due to it being Sunday, but the final portion, Marketing Tabasco 101 was open and painted in Tabasco’s own Pantone color. And, of course, there was The Store. Ever since my first trip to Avery Island I have been dumfounded by how much stuff they have managed to stick that logo on and this visit was no exception. I got the distinct impression that not only does Tabasco want to coat the world in hot sauce, they want to cover every thing in it with their logo. Needless to say, I bought nothing.

Know Before You Go

I’d recommend staying in New Iberia. There are a lot of great B&Bs as well as dining options right in down town, it is very walkable, and it is (mostly) centrally located. The entire circuit of the places we visited should take no more than a day and a half and that was stretching it since we definitely meandered in New Iberia and Jefferson Island. Best of all, all of these places are very kid friendly and can be educational or just fun to visit, depending on the kids’ ages. Plus, the traffic on Highway 90 is virtually non-existent so the chances of getting stuck in a car with squabbling children for hours on end is much more remote than if you take the I-10 route. Get out there and get yourself some culture, Sha.

3 Comments on "Yes, You Really Do Want to go to the Cajun Coast"