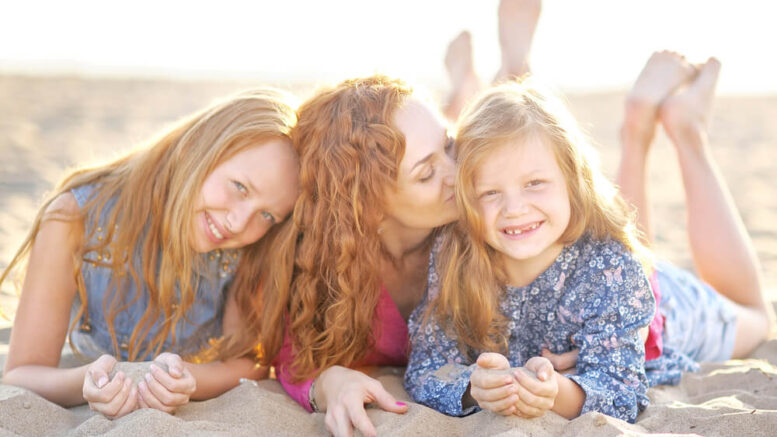 Editor’s Note: This is a guest post written by Toni McClung. Toni and I have been blog buddies for close to fifteen years now and I have always admired her writing. This post originally appeared on her blog Fighting Insanity which is a wonderful mashup of wisdom and real life. This particular post resonated with me so much that I felt compelled to share it here with the Northshore Parent audience. (with Toni’s permission of course). Toni is a mom of seven (including a set of twins) and artist living in Oklahoma. She is originally from Florida.

Every five freakin minutes once in a while, we all get it in our minds to hastily boycott something instead of digging to the root of the actual problem. I’ve made it through all the great boycotts of yesteryear—the SBC’s 1998 Disney Dis; Starbucks’ Plain Red Cup Debacle of 2017 to name my favorites—and I’ve continued to eat at CFA and wear Nikes through it all. The lucky victim of 2020’s complete cancel culture is Netflix, and for a good reason: Netflix did the world wrong with its latest offering, “Cuties.” You would think this is a no-brainer—don’t nobody need to be watching 11-year-olds dance suggestively ever, anytime anywhere, for any reason—but here we are. I’m not sure what’s more disturbing, though: that Netflix showcased 11-year-olds twerking, or that there were 11-year-olds twerking to be showcased.

I’m gonna go with the latter. Who does this? Who lets their kids actually do this? Who lets their children get all dolled up and decked out and dance like that and act like that and who lets these kids post online and who lets them listen much less perform to this trashy music? What in the hell kind of parent enters them in competitions where men judge them based on their ability to move their tiny child bodies in ways that no tiny child body should ever ever be trained to move? And who broadcasts a documentary on it? And who would even watch the documentary? (editor’s note: Cuties is not a documentary, but there are many documentaries that do fit this description).

You’ve probably heard it said, Netflix is not to entirely at fault. You’ve heard it said, kids these days are seeing more on Tiktok and Snapchat than they’ve ever seen in Netflix. And that is all true—but do y’all even remember how we actually blamed YouTube for exposing our kids to MoMo just two years ago? Last time I checked, neither YouTube or Netflix gave birth to any one of the little scamps sitting on my couch with the iPad I handed them.

Let’s go deeper on this witch hunt with the proposal that perhaps even some of our most beloved family programming is guilty of “grooming” to an extent. There’s hardly one thing me and all my children can sit down and watch together that doesn’t have at least a moderate amount of sexual references or inappropriate jokes: Friends, Fuller House, even my beloved Cobra Kai (#cobrakaiforever #teamjohnny)—know what we have to do? We have a talk, or I shut it off.

No. I won’t be watching Cuties. It’s filth. It’s filth in a lineup of more filth that no child needs to have private unlimited access to. But no, I won’t be cancelling Netflix.

Because I wrestle with more troubling questions: Why is it socially acceptable to buy an elementary school-aged child make-up or a smart phone and let them have at it? Why is it okay to sign kids up and pay for these “dance” classes and give them their own social media accounts in 5th grade? How is this a thing at all? What kid in the seventh grade needs a smartphone with unlimited internet access? Who the flip lets their kid keep that unlimited internet access in their rooms alone at night? Is it the same parents whose kids show other kids without phones porn on the school bus?

And hey—Netflix might be tending the fire, but they didn’t actually start one here. How many stores in 2008 sold T-shirts that said “Sexy” or sweatpants with “Juicy” embroidered on the rear marketed to girls younger than 12, and no one batted an eye? Who threatens their daughter within an inch of her life to never have sex before marriage but buys their son a box full of condoms in the tenth grade? Who first questions what a girl was wearing or how much she had to drink when she says she’s been raped? Who tells a girl that her virginity belongs to her daddy? (Girl, that virginity belongs to God imma tell you that right now, and same goes for you, too, son, so don’t you even play.)

What kind of school district sends home girls for wearing sleeveless shirts? What about the principal of a certain high school taking pictures with cheerleaders wearing Daisy Dukes at school right after sending the sleeveless girls home? What superintendent tells girls to dress modestly but then has absolutely no issue with the football team blasting Soulja Boy’s “Crank That” at football games where families and children of all ages are present? What about the hometown baseball team’s coach who allows his players to use 50 Cent’s “Magic Stick” as a walk-up song? Are you freaking serious? Magic Stick? Is this real life?

By penalizing and shaming our girls while simultaneously encouraging our sons’ sexual prowess and dominance, is it at all conceivable that we are actively creating a society of predators and victims, and setting the stage for multiple generations’ worth of sexual inequality and hostility?

The sickness in our own communities has been met with only complacency and ignorance, but by all means let’s cancel Netflix rather than monitor our children on the internet, or enforce rules and set limits, or call out the blatant sexism and unacceptable behavior of people in leadership roles.

And—I’m going there—I don’t know who needs to hear this, but if you wanna save the children, your biggest concern is not keeping Bryceleighnn Graiyce from getting plucked fresh from her protective upper-middle-class family at a high-end neighborhood Target and sent blindfolded and gagged through an underground tunnel leading to an evil lair in a volcano on an island to be ravaged by far-left satanic feminists from Hollywood and Washington D.C.

We need to admit and discuss some very obvious and uncomfortable facts: Statistically, sexual abuse often occurs at the hands of older siblings, cousins, or friends of older siblings who have been exposed to pornography. Parents, we are literally handing over to our babies the largest collection of pornographic material the world has ever known when we give them their own unlimited, unmonitored time on the internet. There is no reason why we should not already be aware of this. The “grooming” of our children—of our entire society—is indeed happening with our full knowledge and consent.

Furthermore, child abuse and exploitation most often occur in family situations where factors such as poverty, alcoholism, drug use, lack of education, lack of employment opportunities, and/or past abuse, are present. We can buy in to all the conspiracy theories we want, but the sex trafficking of children will never be ended until we stop ignoring the world’s poor and less fortunate. This must be the priority if the true goal is to save all children.

And if you really really really wanna put your hands where your hashtag is, get off QAnon and Facebook and get over to a women’s shelter or a children’s home. Provide assistance to families in crisis. Strengthen and encourage mothers in transition. Be a mentor to a young parent. Foster a child or support someone who does. Donate time and money to programs that provide medical care, rehabilitation, education, and employment opportunities to struggling families. Educate girls. Empower women.

The world will try to groom our children using avenues sometimes more blatant than others, so we need to…groom harder. Go on the offensive. Strike first! and strike hard! with family bible studies and dinners at the table and real, meaningful conversations and intentional lessons. Be present in your kids’ lives, be watchful and proactive. Be annoying. Be unreasonably protective. Be that parent. Pray fervently and regularly with your kids. Help them grow physically, spiritually, and intellectually. Teach them to be as innocent as doves but as wise as serpents (Matthew 10:16).

And know this: we can take every precaution possible and the devil can still creep smooth in. It’s happened to me, it’s happened to people I know, despite our convictions and our best intentions.

But when God is present, even the worst sins can be met with forgiveness and healing.

Which is why I put my hope in Him and Him alone.

He is the master of my fate. And I am the captain of the remote.