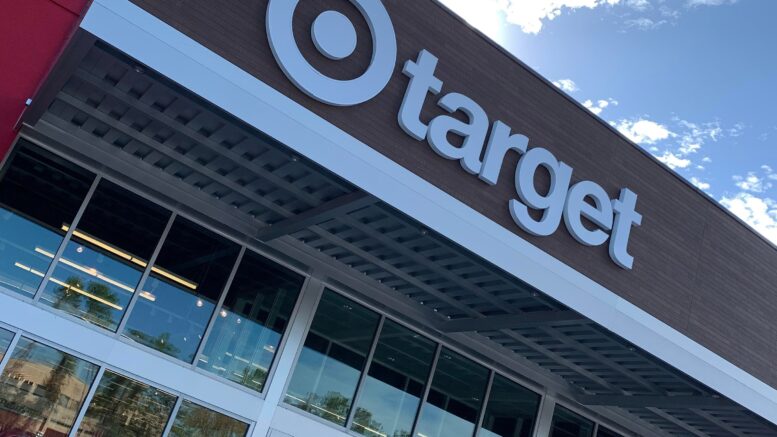 Mandeville Target. Boy, did it open to some harsh criticism. I’m usually not one to write about controversial topics, but I’m going to tackle this one in hopes of raising awareness and maybe offer a little perspective. Why? Because I absolutely adore our new white and red beacon of retail heaven.

Before I tell you why, let me take you back in time. This is actually my mom’s story and she tells it better, but I’m going to try to do it justice…

A tired mom of 2 finds her way to Mandeville K-Mart on a Friday night. As she’s perusing the lingerie (LOL, I AM KIDDING. I have no idea what she was perusing. Probably books on how to deal with her tiresome daughter), she runs into a co-worker. She exclaims, “Kevin, hi! What a coincidence to run into each other!” He looks at her like she’s lost her mind and says, “Lynn, where else would I be? It’s 8:30PM in Mandeville. There’s literally nowhere else to go.”

So, back in 1989, there was nary a choice for essentials at 8:30PM in Mandeville. And 35 years later, after they closed K-Mart and before Target came along, the story was not really that different and- dare I say- worse? RIP K-Mart. I know what you’re going to say- but we have baby Wal–Mart. And look, I love me some Walmart. I am not a Target (do people still say Tar-Jay?) elitist. But if I need fresh fruit, shredded cheese, glue sticks and a pack of socks, I can’t go to baby Walmart. I have to go to full-grown Walmart. Actually, let’s call it adolescent Wal-Mart. Have you been to a Wal-Mart on the Florida panhandle? Now THOSE are full-grown Wal-Marts! But I digress.

As much as I enjoy being able to shop looking like a 1930’s depression-era hobo who’s just completed the final leg of his arduous journey on a freight train, I simply do not feel like driving to Covington Wal-Mart when I really need something.

I’m just so elated to have an option for multiple categories of sundries. This Target might not have as much as Covington Target (and we knew going into it it wouldn’t), but it has a lot. I’ve done full grocery trips there! Their little grocery  section is surprisingly well-stocked! They have ground meat, fresh chicken breasts, a decent frozen section, dairy, etc. I cooked a jambalaya on Saturday with leftover Turkey, and every other ingredient came from that Target grocery section! That’s pretty impressive!

I’m not going to go into detail on every aisle, but suffice to say I’ve managed to look at my total at checkout and cringe, just as I would at big Target. You, too, can have that just-visually-assaulted feeling— without a drive to Covington! Hey, at least you saved gas money, right?

I’ve also had wonderful interactions with the employees! On the day they opened, I could not find cooking oil. I found a kind-looking woman in hopes she might understand my dismay at there being zero oil in the entire store— and she did! When she tried to find it, and surmised it had not been stocked, she exclaimed she couldn’t believe it and went to tell a higher-up. Guess what’s now in stock at Mandeville Target? Yep, cooking oil!

While there are several easy-to-use self-checkout kiosks, I’ve checked out with a cashier twice and have had no wait whatsoever. And I absolutely love being able to save an extra 5% with my Red Card. I feel like Wal-Mart is a smidge cheaper, so the 5% discount makes me feel a little better. Plus, they have tons of discounts on the Circle app. If you check those and use them, you might even be coming out ahead of Wal-Mart.

The Ulta section has recently opened, and it looks like it’s going to be a great place for cosmetics! My mom even bought a new laptop at Mandeville Target, as hers died this past weekend. Come on— jambalaya, fancy cosmetics, and laptops all in one place in Mandeville? Could it get any better?

Well, IDK, Mandeville K-Mart did have that sweet cafe with the best greasy cheese sticks and patty melts…

And, of course, the lingerie. I’m not sure if Target has lingerie. Guess I’ll ask my mom.

My mom is going to kill me.

Happy shopping! Give it a chance!  🎯