I wasn’t one of those pregnant women who had that motherly glow. I wasn’t beautiful and perfect and full of life. I was fat and sweaty and full of stretch marks. When it came time for contractions, I thought the women who did this more than once were just nuts. During the height of my pain, I asked my mom why in the world she chose to do this six times.

“You just forget,” she told me as I gripped the arm of the hospital bed and nearly broke it clean off. I thought she was crazy because I couldn’t imagine anything that would make me forget this.

I was induced twice but wouldn’t dilate. I was so determined to have her on my own though. I wanted what every first time mother wants – a nice, normal birth. But it wasn’t in the cards for me and at some point I had to listen to my body and the advice of medical professionals. I was rushed into a c-section at that point and everything after that happened so quickly. After a combined 21.5 hours of labor and surgery, I was looking at the most beautiful thing I’ve ever made and she scared the crap out of me. 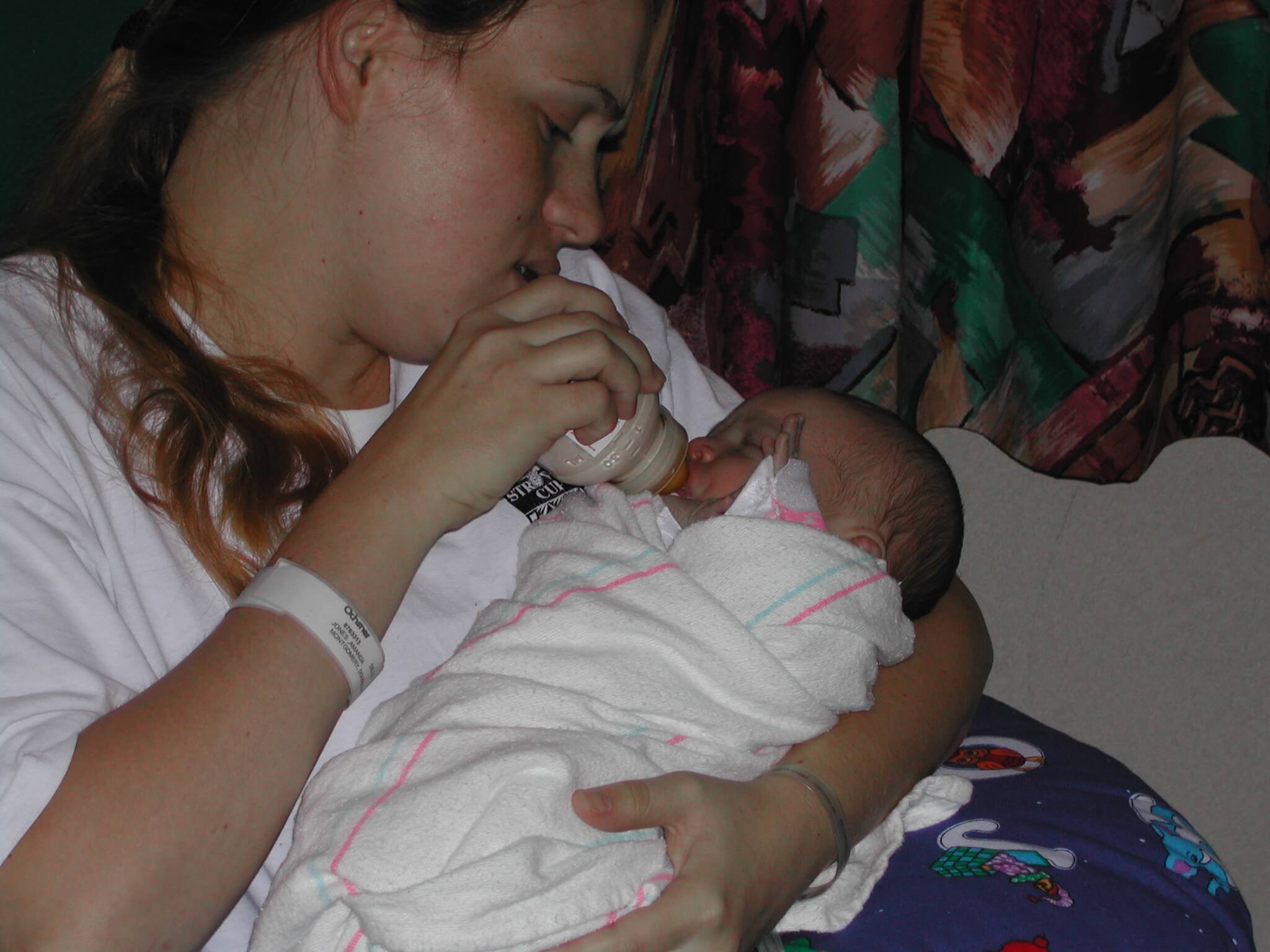 She didn’t cry when she was born. She entered this world so content that I remember hearing the nurse tell her that she needed to make more noise or no one would know she was there. And besides that first night that we brought her home and she screamed bloody murder for 24 hours straight (turned out she had acid reflux), that’s the way she always was – my sweet little girl.

But the nurse got one thing wrong–this little girl never went unnoticed. She was innocent and shy, but she had her own mind and style and she always seemed to just stand out.

She learned how to walk kicking a soccer ball. Literally. My husband and I played in an adult co-ed league and we’d take turns playing on the field and watching my baby girl on the sidelines. When she was big enough, two of her cousins, just one and two years older, would put a ball in front of her, each take a hand and run. So it was no surprise when she started playing soccer at 3 years old. She had always been a standout player with some amazing foot skills too.

It wasn’t long before she picked up basketball and softball. She even recently got an interview with The Advocate about her sports abilities. She wanted to stay active all of the time and I don’t know where she got the energy. So we spent all of our free time around the ballparks. Our friends were soccer moms and her friends were teammates. There wasn’t a weekend that went by that we didn’t have a group of girls sleeping over. In fact, it was just a few years ago that we finally sprang for the sofa bed and the car with the third row seat to accommodate her teammates. 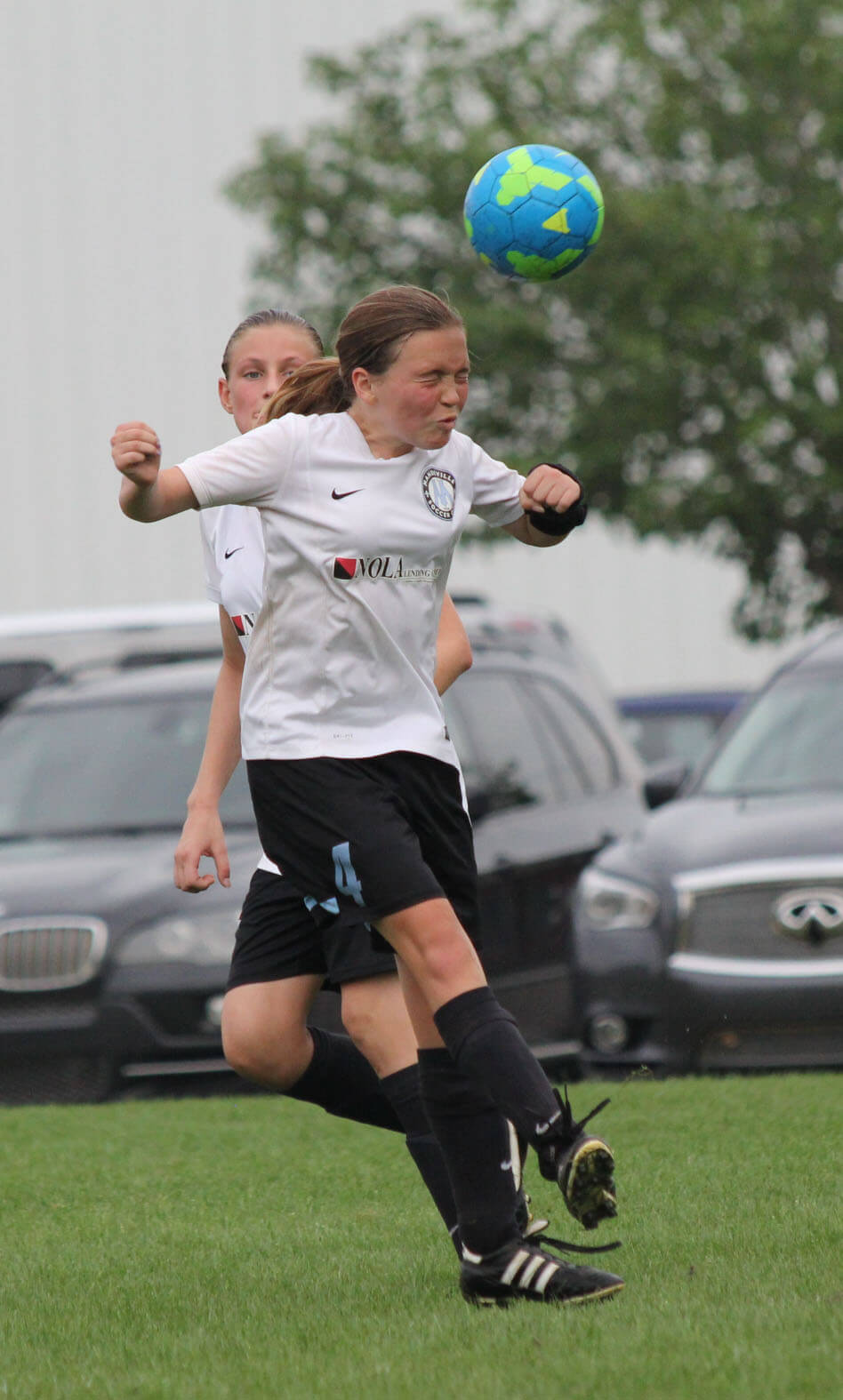 My girl was happy. She was a straight A student and school came as naturally to her as sports. She smiled all of the time, even while just sitting around the house. Once, when she was much younger, I asked her why and she told me you don’t have to have a reason to be happy, only a reason to be sad. It was the most insightful thing I’ve ever heard.

The early teen years are when sports injuries came – sprained ankle, chipped bone, broken wrist, sprained finger. Sitting on the bench during recovery was hard on her, but everyone knows it just takes time to recover from a physical injury. And she always bounced back. 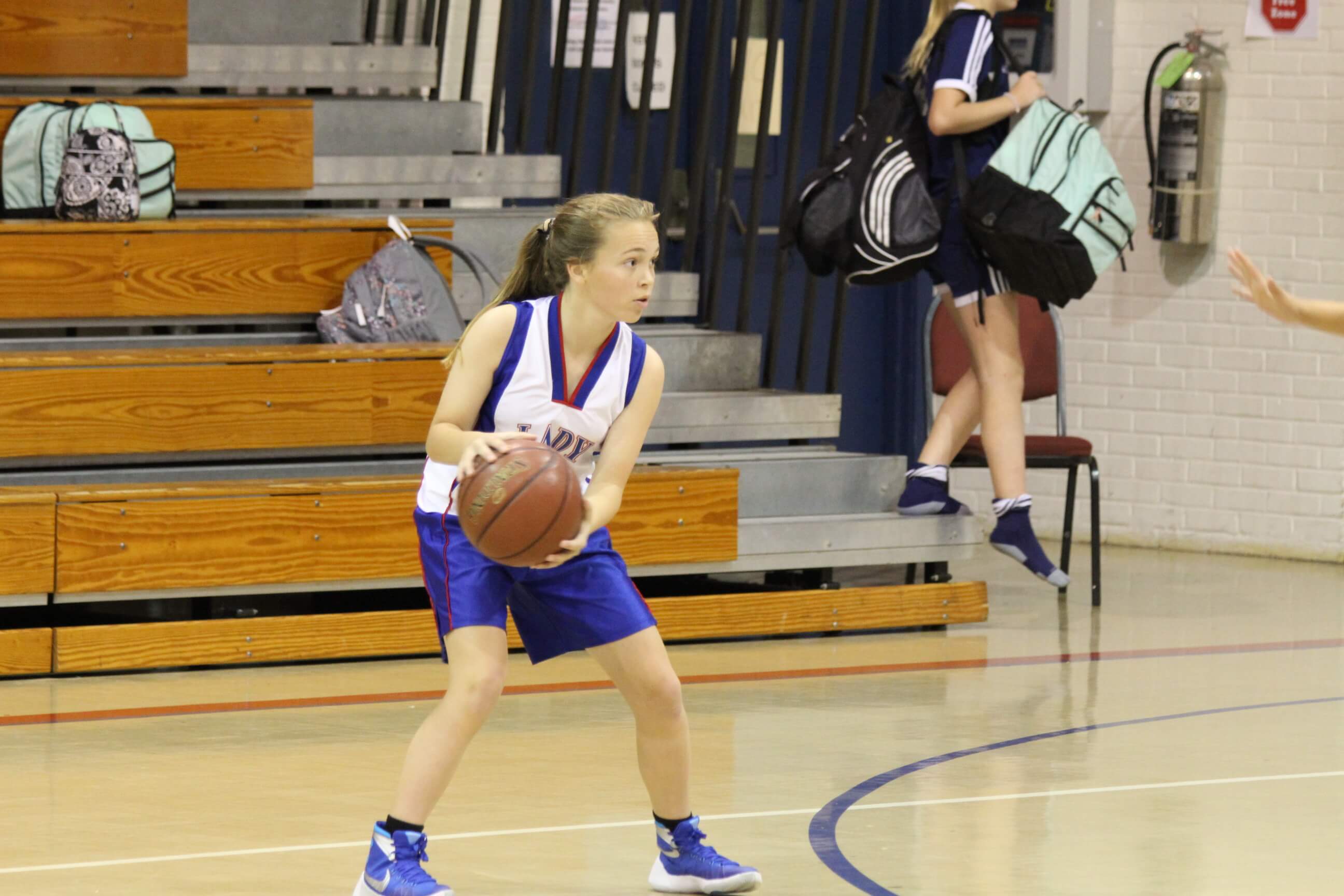 It wasn’t until she got her first concussion that things started to change. The symptoms of a concussion are harder to see than a broken bone. It’s hard to tell when the recovery time is over and I’ll be the first to admit that as her parents, the people who are supposed to protect her, we didn’t handle it well. We rushed her through the recovery steps and let her go back onto the soccer field much too soon. It wasn’t because we didn’t care about her health, or that we cared too much about the hole her absence created on the team. It was simply that we just didn’t understand the repercussions. 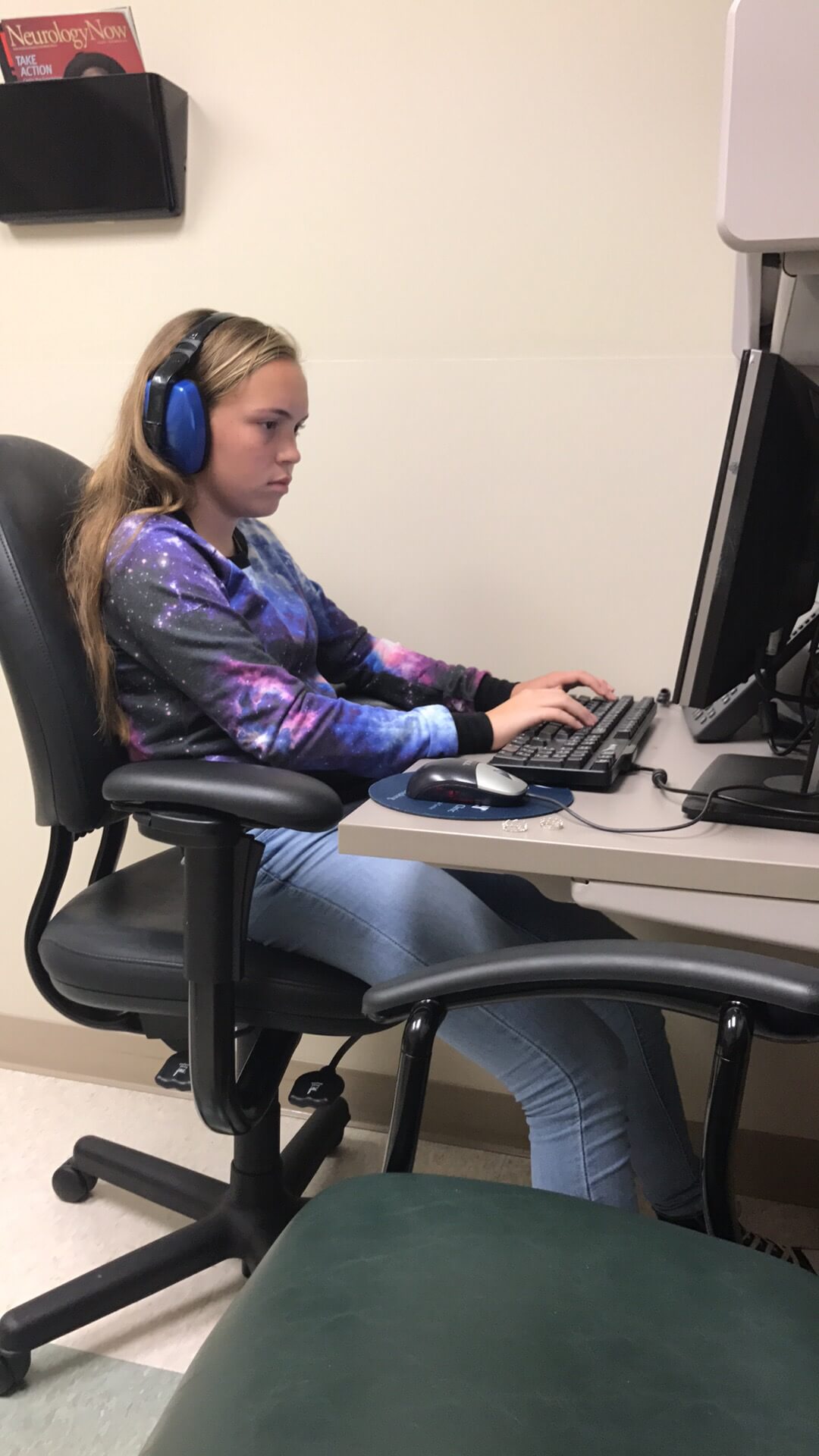 We were excited to see her back on the soccer field again, and she was happy to be there as well. But it wasn’t long into her first game before she took an elbow to the throat and went down, hitting her head on the ground.

At the first aid tent, they weren’t too sure that she suffered a true concussion. She had no major symptoms except a headache was setting in. She just hit her head so that was expected. We followed up with her concussion doctor, who suggested we go through the recovery steps again and took our time this time. It was weeks before she was able to get back on the field again, but by then, the soccer season was over.

Fortunately, she had made the summer basketball team for high school and would be off to summer camp with the team soon. It was an exciting time for all of us.

Camp was two weeks long and I missed her terribly, but I could see from Snapchat that she was having a blast. She was making new, life-long friends with some of the upper classmen and strengthening relationships with freshman friends as well. I’ve always told her that she’ll never forget her high school sports days. I remember those as some of the best times of my life.

When she finally came home, she was exhausted and excited, but not quite the same.

It took a little time for me to realize how often it happened, but I noticed her saying she had a headache more and more. And sometimes when I spoke to her, she snapped back at me. She was irritable more often than not and I was growing concerned. I could have chalked it up to her being a teenager, but it wasn’t her. She’s never been that stereotypical child. Something just didn’t feel right.

I brought her back to the concussion doctor and he agreed that it was unusual, but said concussions do different things to different people. Much to her dismay, we decided that her brain needed to rest some more. That meant no sports. 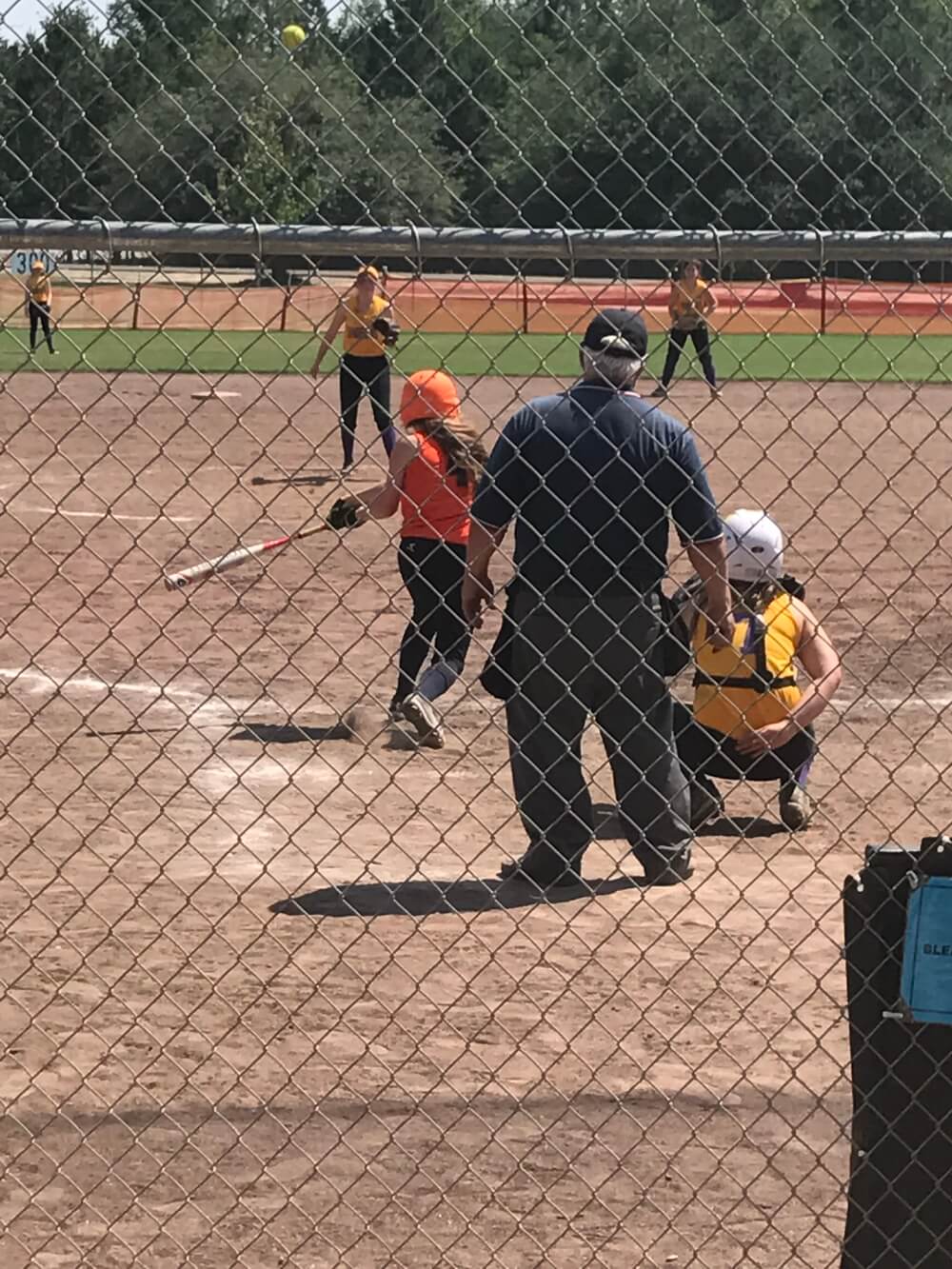 It was a long time before she could make it through a full day without a headache. Can you imagine what all day headaches could do to you? She was sad more often, but determined to get back to normal. And when that day came that she was finally able to get to practice again, she couldn’t wait! She was still restricted to light practice and no physical contact, but she would take what she could get. That first practice back at basketball, she got hit in the head with the ball.

It was the third concussion that changed everything. She wasn’t getting better this time. The headaches never left. Her anxiety grew stronger. Her tears came more often. Without playing sports, she found she had fewer things in common with her friends who came over less and less. There were days we had to force her to skip school and rest her brain. The doctors had to talk her into academic accommodations because schoolwork requires too much brain activity and triggers headaches. With all the breaks, the work became harder. I was surprised to hear from her one day when she asked me to check her out of school. She’s never asked to leave school before in her entire life.

I brought her home and watched her cry into a blanket, both of us feeling helpless. I was finding the courage to ask her what had been on my mind, but I couldn’t find the words. That’s when my beautiful, strong little girl spoke up. She told me she couldn’t handle everything she was dealing with. She was feeling depressed and needed help. When she told me that she was afraid of hurting herself, I couldn’t hold it together. We cried together. Just for a minute, and in that minute, it was the first time in my life that I forgot about the pain of contractions during her birth because this pain was so much worse. Then I pulled myself together and got her the help she needed.

She’s been seeing a social worker for several months now. She enjoys having someone to talk to who gives her coping mechanisms and exercises to deal with her anxiety. She made the decision to never go back to the sports she loves so much because the risks are too great now, but she found other ways to stay involved. She’s now a staff coach for soccer, and the team photographer for basketball and she truly enjoys her new roles. It just took some time to accept and settle into her new normal. 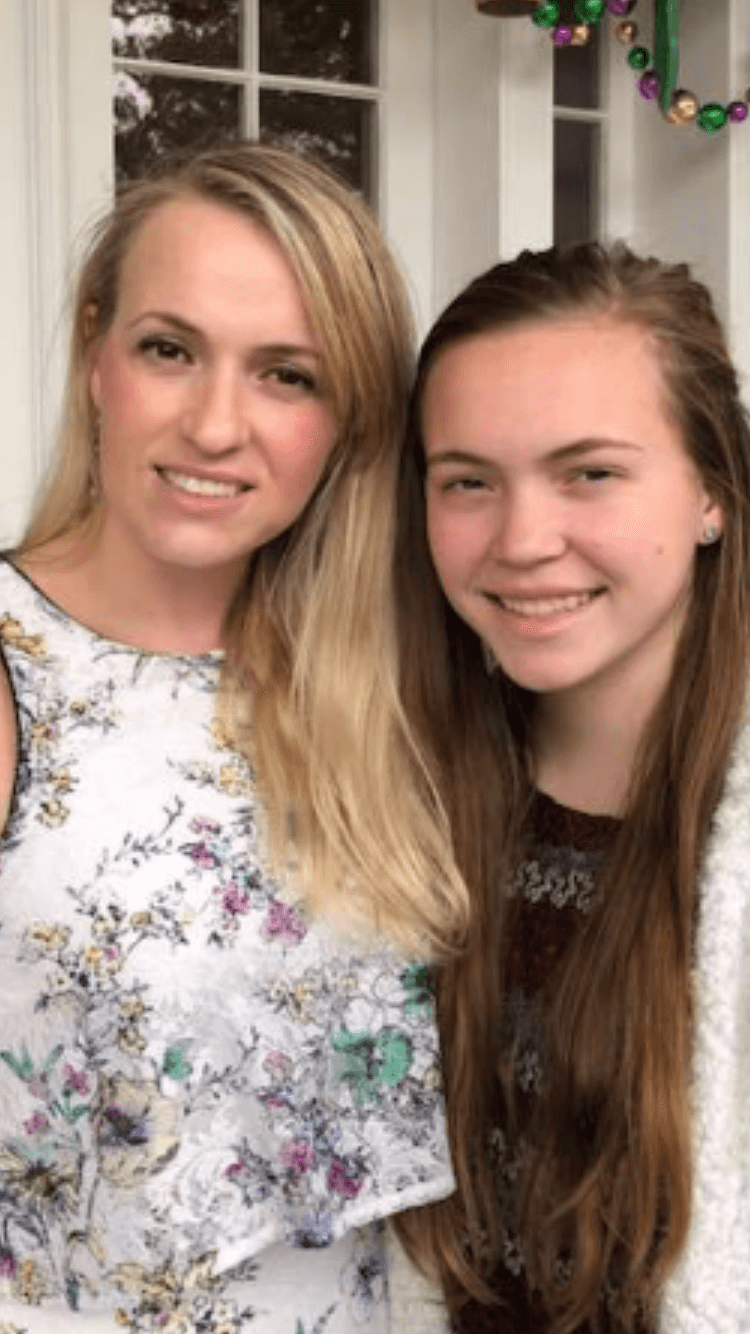 Today, I write this to you in the waiting room of a mental health facility. My baby girl is just inside for her last appointment. It was just today that she told me she’s feeling good and she’s ready to face the world on her own. I’ve noticed it too. She’s found herself again because she asked for help. She’s still that standout girl making a difference in the world in new ways. She’s not afraid to tell her story and gave me permission to share this with you in hopes that it will help others. There’s no shame in reaching out. Just like our bones take time to heal after trauma, so do our emotions. It’s important to pay attention to the signs and if it doesn’t feel right, do something, say something, because it’s not worth the risk to ignore it.