Today we have an informative article from Danielle Farrisi. Danielle is a specialist in public health and has worked in the field for many years. I trust her to give it to me straight when I have a questions and specifically asked her to give me the skinny on the HPV vaccine.

You’ve probably heard that vaccines are available to protect against HPV infection. These vaccines protect against the strains of the virus are most commonly associated with cervical cancer. Cervical cancer is most highly prevalent here in the South than any other region of the country. Yet the South also has the lowest rates of HPV vaccination. That’s rather worrisome to a public health professional like me. So I’d like to share some information about the HPV vaccine and hopefully clear up some of the misconceptions and fears that are preventing parents from getting their kids immunized.

The cancer-causing strains (and some of the warts-causing strains) of HPV are sexually transmitted infections that can be passed during any kind of unprotected … um, activity. The virus can be spread when the mucus membranes and body fluids of an infected person are exposed to those of another person. Since there are various types of sexual activities, HPV is implicated in not just cervical and some penile cancer, but also
mouth, throat, and anal cancer. HPV doesn’t discriminate; it will take the opportunity to invade whichever mucus membrane it has access to. HPV is the most common sexually transmitted infection in the United States. It is estimated that 80% of people will contract the virus at some point in their lives. Most people will not experience any problems from it because their immune system fights it off and/or because they get a strain that does not cause disease.

HPV is a prevalent and potentially serious health problem. So let’s talk about the newest tool to prevent it: vaccines. The first HPV vaccine became available in the US in 2006. There are currently 2 HPV vaccines on the market:

Cervarix: protects against 2 strains of HPV – the 2 that are responsible for most cases of cervical cancer

Both vaccines are injections given in 3 doses over a period of 6 months. The vaccines are very effective in preventing infections of their target strains. Both vaccines have also proven to have good safety profiles. I will say that no vaccine is perfect and some side-effects and complications have been reported. Most side effects are mild (generally pain and redness at the site of injection). A small percent of more serious reactions were reported; the majority complications were due to allergic reaction to one of the vaccine components. You can read more about the vaccines safety profiles at the CDC’s website here: http://www.cdc.gov/vaccinesafety/Vaccines/HPV/Index.html

Perhaps the biggest source of controversy about HPV vaccination is the recommended age at which kids should receive the vaccine. ACIP (the CDC’s Advisory Committee on Immunization Practices) recommends that girls and boys be vaccinated against HPV at 11 or 12 years old. Many parents have balked at the idea of giving an immunization against a sexually transmitted infection to kids who are just on the cusp of adolescence, puberty, and all that it entails. That initial emotional reaction is certainly understandable. It can be difficult (maybe a little panic-inducing) to think about caring for the sexual health of a pre-teen child. Take a breath. Now, take a step back to look at the situation more objectively. The logic behind recommending the HPV vaccine at such an early age is to protect kids well before they become sexually active. HPV is extremely common in the population. Studies have shown that 25% of females ages 14-19 in the U. S. have already been infected with HPV. Waiting to vaccinate until after an adolescent has his or her first sexual contact may already be too late. 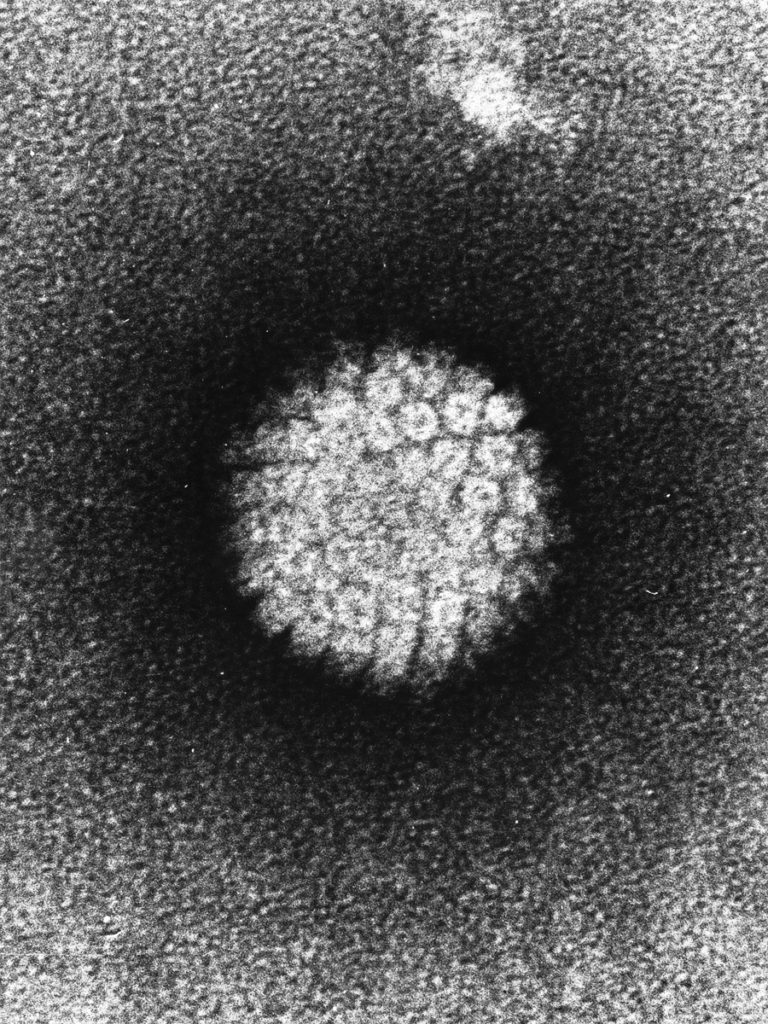 Does this mean that people who have engaged in sexual activity shouldn’t get the vaccine? Not at all. Gardasil has been approved by the FDA for use in males and females up to the age of 26, regardless of sexual history. Even if a person has already contracted one of the HPV strains that the
vaccine immunizes against, he or she will still benefit from protection against the other strains that the vaccine targets. Immunizing boys and girls well before they become sexually active ensures that they get the maximum benefit offered by the vaccine.

Why all this talk about vaccinating boys against a virus that is linked to cervical cancer?

The answer to that question is three-fold. HPV vaccination also protects against cancer at other sites that are more relevant to the male anatomy. Remember that HPV can also cause mouth, throat, anal and even penile cancer. Depending on the HPV vaccine that you and your doctor choose, your son will also be protected against contracting genital warts. (Gardasil protects against 4 strains of HPV: the top 2 that cause cancer as well as the top 2 that cause genital warts.) Finally, protecting boys against HPV infection will also protect their future sexual partners. If a guy is immune to cancer-causing strains of HPV, he can’t pass them on to his partners. This is how herd immunity is created. When the number of people in a population who are susceptible to a disease decreases, the prevalence of that disease in the population decreases as well.

Another of the initial concerns about vaccinating young adolescents against a sexually transmitted virus was that it would change kids’ sexual behavior. Parents and other members of the community worried that receiving the HPV vaccine would lead to initiation of sexual activity at an earlier age and/or increased risky sexual behavior (i.e. unprotected sex). In the past few years, studies have shown that neither of these predictions have come to pass. Teens who have received the HPV vaccine are no more likely to begin sexual activity than those who have not been vaccinated. Additionally, adolescents who have been vaccinated do not engage in riskier sexual behavior than their unvaccinated peers. That said, it is still important to talk to kids about sex. After the basic birds and the bees talk, the HPV vaccine can be a good way to begin open
communication about more advanced sexual health topics (STDs, peer pressure, contraception… Oh my!).

There are families whose values strictly forbid premarital sexual activity. Parents of such families may feel that their children do not need to be vaccinated against a sexually transmitted disease. However, human behavior (especially adolescent human behavior) is difficult to predict. While families should certainly share their values with their children, it can be difficult to guarantee that the children will follow those values at all times during their transition to adulthood. The HPV vaccination offers some protection against long-term negative consequences in case a child does stray, however briefly, from his or her family’s values. As noted above, studies have shown that receiving the HPV vaccine does not have an effect on an adolescent’s sexual behavior. Kids who are immunized against HPV are not more likely to eschew their families’ values. Additionally, HPV is highly prevalent in the U.S. population. Even if a person does have just one sexual partner in his or her lifetime, there is still a chance that partner will have HPV. Why gamble with cancer when the types caused by HPV can be prevented?

Recent studies have shown that the HPV vaccine is very effective at reducing the rate of the targeted strains in the adolescent population. Although only about 30% of teens in the U.S. have received the full, 3-shot course of the HPV vaccine, the prevalence of the 4 targeted strains has already decreased by 56% among females age 14-19. A 56% decrease! Imagine the success that can be achieved when more families choose to take action to protect the next generation against HPV and its related diseases.

2 Comments on "The HPV Vaccine–Is it Right for Your Child?"