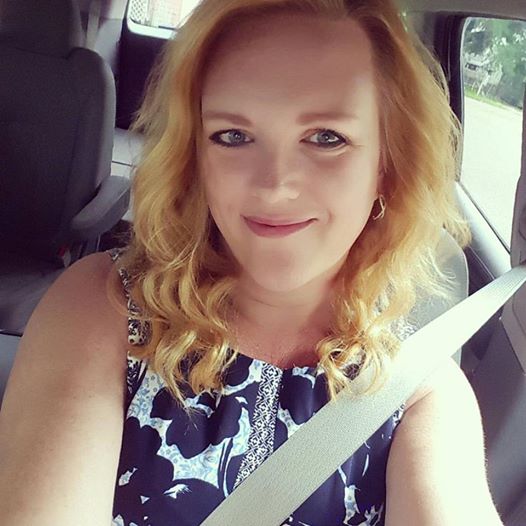 I’ve always been pretty normal looking.  I’ve always dressed acceptably, kept my hair in a traditional style and, with the exception of a few experiments in junior high, I’ve always had blonde or red hair, or some combination of the two. That’s just me. But about 2 months ago, I saw someone with purple hair and I thought, wow, that is so pretty, I wonder if I could pull that off.  I mean, most of my friends are, or were way more adventurous in their appearances than I am and they look awesome. So I pondered it. I talked myself in and out of it at least a dozen times. Then I made the appointment, and I did it. I dyed my hair purple. And it turned out amazing! 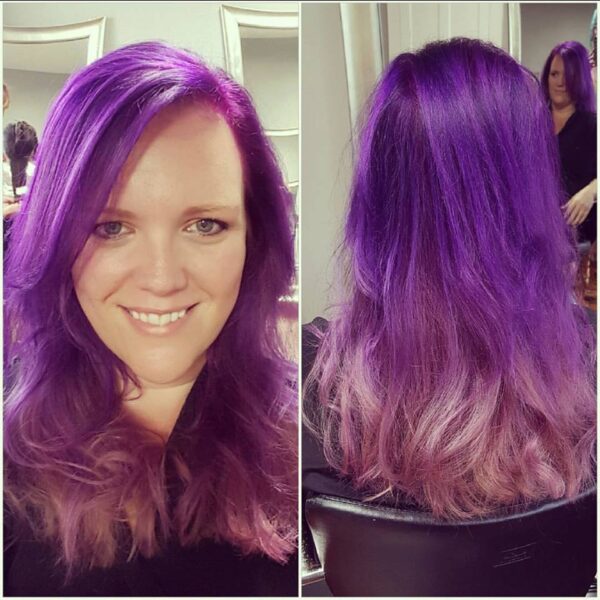 When you are a grown woman with children and you choose to dye your hair a fun, non-traditional color, you expect a certain amount of staring and even a little judgment. What I didn’t expect was how much the color of my hair could matter to anyone but me, and how polarizing it would turn out to be. I have had purple hair for a week now, and I have had both positive and negative experiences with those close to me, as well as with complete strangers.

On the negative side, I’ve had everything from raised eyebrows and poorly concealed looks of disgust to one person even going so far as to say that I am a bad influence on my children. My daughter’s new teacher was unable to meet my eyes when I introduced myself and my daughter to her at the meet and greet prior to school starting.

There also seems to be this notion that non-traditional hair colors are some kind of gateway drug for other so-called socially unacceptable things like piercings or (Gasp) tattoos. This is crazy to me. Personally, I’ve never had any desire for either, but is being tattooed or pierced the worst thing a person can be? Is it worse than being mean or manipulative? Is it worse than being a liar or a cheat?

My experience hasn’t been all bad, though. Far from it. I have found support from places I never dreamed of–specifically the elderly. I have had at least a half dozen elderly people, both male and female, stop me to tell me how much they like my hair and good for me for having some fun. I even had one gentleman chase me down in his walker so that he could catch me before I left the pharmacy, to let me know how much he “loved that purple.” I have also had more people than I can count tell me that they wish they “had the nerve” to do something fun with their hair.

One thing I can say for certain is, having purple hair has in no way changed my level of intelligence or my abilities. I’m still me. I still have the same skills and abilities. I just have fun hair now. It isn’t going to prevent me from getting a job (I have one, and my boss thinks my hair rocks), or any of those other things certain people seem to think having different colored hair will cause.

Most women dye their hair. What is the difference in a woman who dyes her blonde hair red or her brown hair blonde and one who chooses purple or green? Why is the former acceptable but the latter is not? Is it not all a matter of personal preference?

I’ll admit it, part of me thought, oh no, this was a horrible idea. I let complete strangers take something away from me something that I felt good about. But only for a minute. I have purple hair, and I’m going to rock it for the month or so that it lasts. Will I keep it up? I haven’t decided yet, but one thing is for sure: the decision won’t be based on anyone’s opinion but my own.

I am a stay at home mom to two little girls who keep me running. I also care for my elderly grandmother full time. I'm a fan of fitness, mainly because I'm an even bigger fan of cooking and eating. When I'm not busy juggling other people's busy schedules, I can usually be found with my nose in a book or conducting bold experiments in my kitchen, some of which are quite tasty.

Latest posts by Melissa (see all)

I am a stay at home mom to two little girls who keep me running. I also care for my elderly grandmother full time. I'm a fan of fitness, mainly because I'm an even bigger fan of cooking and eating. When I'm not busy juggling other people's busy schedules, I can usually be found with my nose in a book or conducting bold experiments in my kitchen, some of which are quite tasty.

3 Comments on "My Week with Purple Hair"