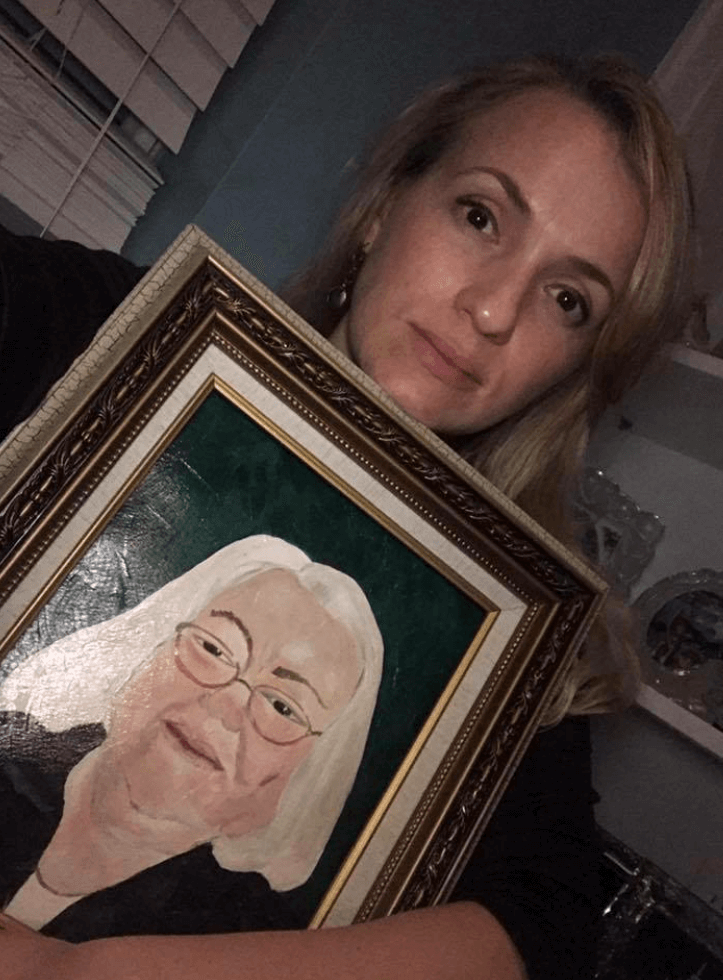 My daughter got her first cell phone for Christmas in 2012. She was 10 years old at the time and the first of her friends to get one. Understandably, some of the moms called me out on it and here’s what I told them.

The night before Thanksgiving in 2012 changed me.

I left work early that day, thinking I could get a head start on the Thanksgiving feast. I have five siblings and many of them and their families come to my house for dinner so I had a lot of work to do. I picked up my daughter and my three-year-old niece. It’s been a tradition in my house that the kids make the pie crusts, so I went home and got them started.

I threw all of the ingredients together, covered the table in flour and handed over the bowl. Kids are great at kneading dough because it’s almost like play dough. 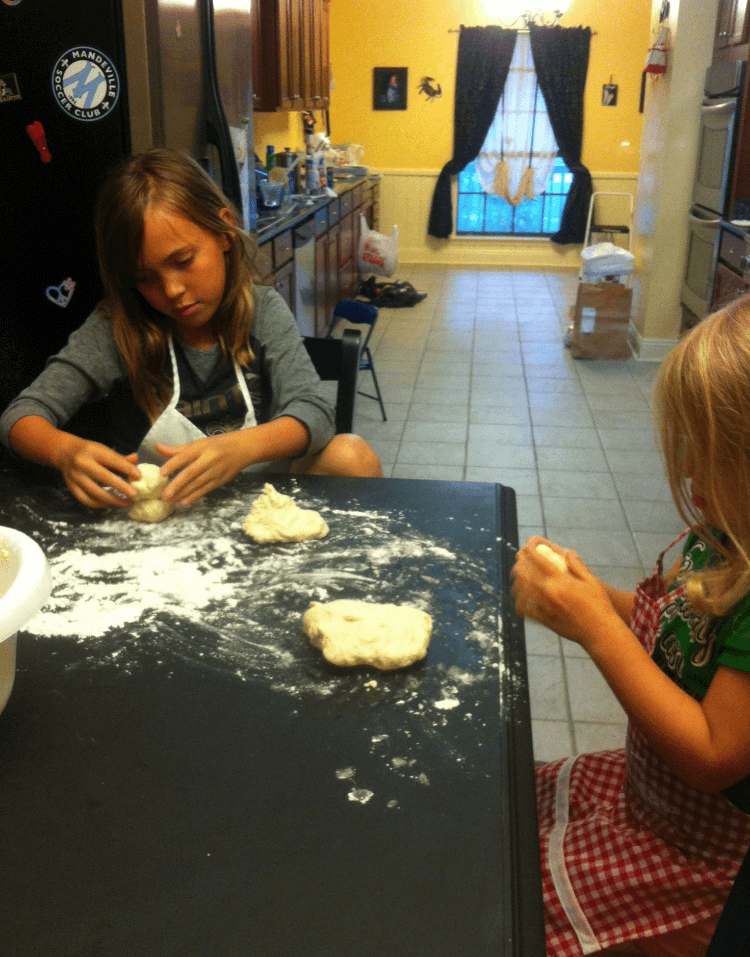 We were in the middle of forming Frosty the Dough Man when one of my brothers called. Mom wasn’t answering the phone. She was babysitting his seven-year-old and one-month-old and was due to pick up the other one from day care but never showed up. When it came to her grand babies, she always showed up.

My brother was about two hours away and the day care was closing, so he asked me to head there first. What I really wanted was to go check on Mom, but she would have wanted me to put the kids first. It’s who she was and who she taught me to be. Having five siblings, I called my sister-in-law who lived around the corner from Mom and she agreed to go check on her while I headed out to the day care in Covington.

It was the longest drive of my life as I called Mom’s cell phone over and over. No answer. I kept leaving voicemails pleading for her to call me back. Nothing. She was the only adult home, with no home phone. There was no other number to call. The air was smoky that night and I just knew that there was a fire. Maybe she had to evacuate the house. She and the girls would be safely outside with the firefighters and she had to leave her phone behind. That’s what I told myself over and over. That’s probably what was happening.

That’s when I got the first phone call from my sister-in-law. She had reached Mom’s house and called me just as I had asked her to. But she was frantically screaming and I couldn’t make out a single word. I had no idea what was happening, but something obviously wasn’t right, so I told her to call 911. The only words I understood was when she cried out, “I did!”I had been anxious the entire car ride, but when I heard those words so clearly, my heart clenched. I didn’t know the actual state my mom was in, or the kids she was watching, but it was obvious something wasn’t okay. I got to the day care as quickly as I could and headed to Mom’s in Abita Springs. During that time, my sister-in-law called about three more times, all in the same frantic, screaming state and I still couldn’t understand a single word.

When I finally got to the street where she lived, it was dark out, but the entire street was lit up from police cars, fire trucks and ambulances. It was the ambulance that scared me.

There were so many emergency vehicles that I had to park down the street, but I could see that there was no fire. Mom and the girls weren’t safely standing on side of the road the waiting for me to find them. I literally began sprinting down the street toward the house. I was in heels, but it didn’t matter. I had finally arrived. I had finally gotten there and could reassure Mom that whatever was happening, I’d be there for her and that she’d be okay. We were all going to be okay.

As I ran toward the house, the first thing I noticed was a police officer standing outside. He noticed me too and put his hand on his gun for protection. I must have looked like a mad woman. The second thing I noticed was my sister-in-law off to the side, on her hands and knees, crying. I should have gone to her, but I wanted in that house. I had to see Mom and know that she was going to be okay. But the officer stopped me.

He looked at me and relaxed his hand from his gun. He said words that I don’t remember, but I’ll never forget when he said, “I’m sorry, but she passed away.”

Just seconds before I was running, adrenaline rushing through me to get to her, but then my entire body sank. I had no more energy. I was defeated. I was done. There was absolutely nothing I could do. I looked toward my sister-in-law, still on the ground trying to catch her breath.

“I tried,” she said. She kept apologizing. “I called 911. They told me to do mouth to mouth, but she was already gone. I tried,” she kept crying and apologizing between breaths. And I know that she did. But she couldn’t have saved my mom. No one really could.

Here’s what I learned had transpired that day.

Mom was watching two kids. She was holding my one-month-old niece when she stood up to get ready to go to the day care. That’s when she collapsed on top of the baby. The seven-year-old rolled her over to pull the baby out. Since no one has a home phone these days, she went looking for Mom’s cell, but she couldn’t find it. She searched and searched, but it was nowhere to be found. Alone with an infant, she was too afraid to go to the neighbor’s house. So she made a bottle, picked up the baby and watched cartoons for two hours with mom on the floor next to her until my sister-in-law showed up.

Mom’s phone was tangled in the sheets of her bed, the ringer off. No one could hear the hundreds of calls I made to her. No one could call for help.

I would later learn that Mom had an enlarged heart, which stopped immediately that day. She felt no pain and more than likely, she couldn’t have been saved even if someone had gotten to her sooner. It was her day to go. I’d like to think I could have been there to save her, to save the kids from what they went through that day, had I just stopped by when I left work like I thought of doing. I like to take the blame for all of it because that’s what we do to try to rationalize our helplessness – find a way that we could have fixed it. But I know deep down that I couldn’t have saved the day. It wasn’t in the cards.

When I got over the shock of it all, what I did realize is the importance of phones. How many people do you know with home phones? I actually can’t think of one single person. I can’t even remember the last time I had one in my own home. Cell phones are so much more convenient–except when they aren’t.

A phone may not have saved my mom that day, but it would have saved these kids from the trauma they endured for so long. Think about it. Whose houses do your kids go to? What is the phone situation there? What types of cell phones do they have? Would your kids be able to find them and know how to use them, including the old school flip phones like Mom had? What if there’s an incident involving the only adult around? How would you know if you’re kids are okay? How would they find you? 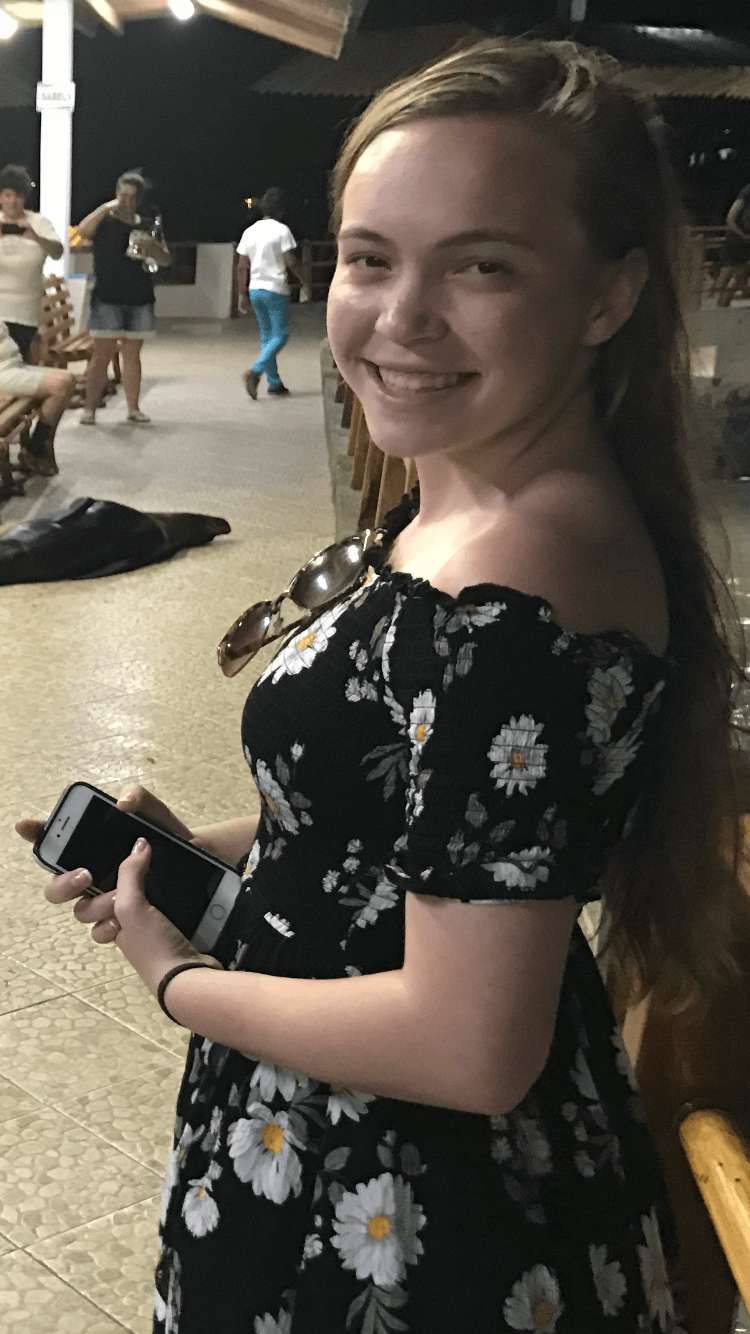 This is why I’m pro phones for kids. There are many different types and many ways to lock them down to just phone use if necessary. We didn’t start with all of the social media apps and bells and whistles. My daughter matured and grew into it all, but no matter what, her phone never gets taken away. It’s not something she’ll ever get punished from having on her at all times. We may ask that she put it down for a bit, but it will always be on her no matter what situation she is in so that she can always get to safety.

We all have our different beliefs about cell phones for kids, but I hope that my story helps you at least consider a plan for your kids when they are not with you. I grew up learning to dial 911 in an emergency, but when I was a kid, finding a phone wasn’t an issue. 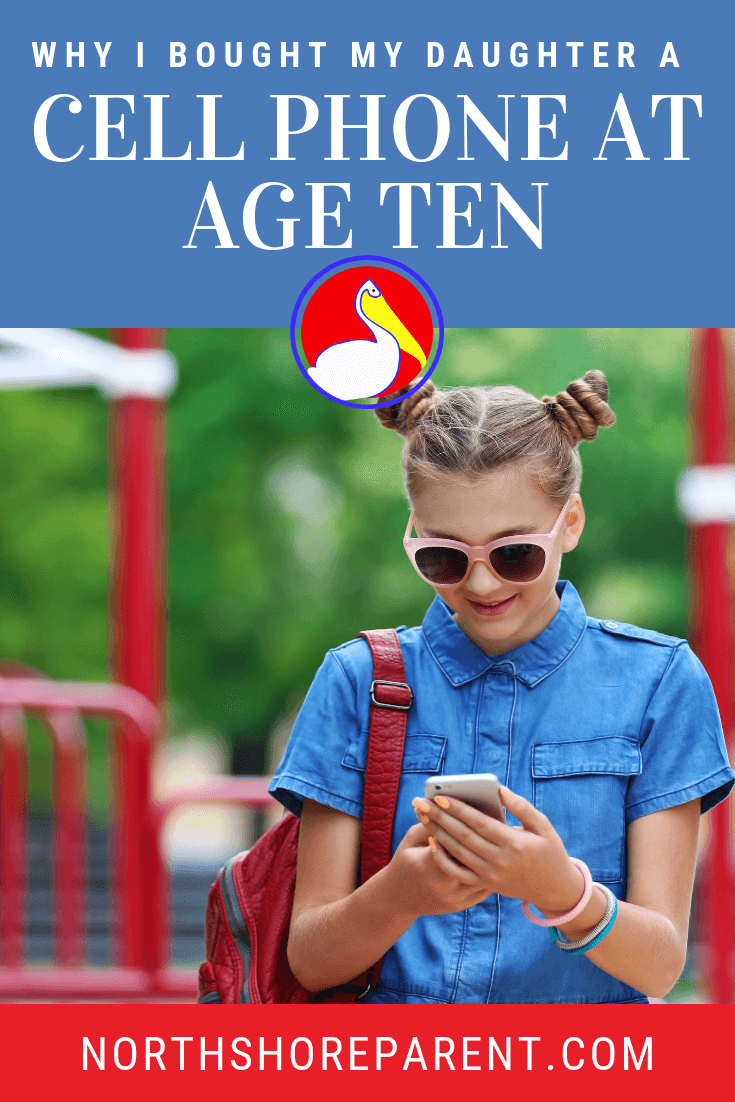